INTERNET BULLYING… HOW DOES IT HAPPEN?

Readers debate the dangers of social networks and internet bullying - and try to understand why and how it happens...

Wendy says:
Because you have your username and device does not mean you can say rude, unkind and spiteful stuff to people on chats, blogs, Instagram and other social networks. If your parents saw what you put on social networks, would you be ashamed? Embarrassed? If yes, then why do you think it is OK to put someone down on the net and not directly? If you've said something cruel to someone online, would you say it to their face? 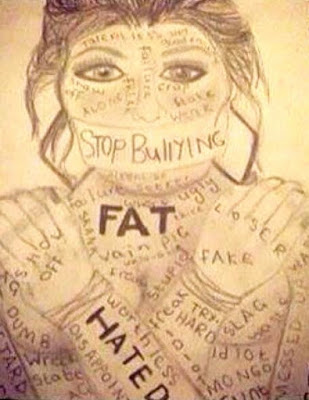 I think people get brave when nobody can see who they are. I understand that a bit - I am very shy in real life and I like social media because I can feel more confident there. What I don't get is how nasty some people can get, and for very little reason. Almost everyone I know online has been trolled or bullied online at some point. And you get drawn into it… and the whole thing gets out of hand.

Emma says:
I agree, Kitty. I hate to admit it but this has happened to me, and I have ended up lashing out and actually saying things I am ashamed of. I would never admit to this to my parents… I'm only saying it on here because I am allowed to use a false name for this debate and I don't have to have my photo published. At the time I thought I was fighting back against someone who was stirring up trouble with one of my friends, but in the end I went too far and when I looked back at the things I said I felt ashamed. I would never see myself as a bully, but when I read those things it did seem like bullying. I have never actually said sorry to the person concerned, either - it was the cousin of a girl at school. I kept my head down and hoped it would all die down and in the end it did.

Kitty says:
That's what I mean, things get out of hand very fast. It can just be a misunderstanding, or someone making a joke that you take the wrong way, and people can over-react. I've done that too, felt really upset over things that weren't meant to upset at all. So I can see how it can happen. Social media is like a minefield sometimes. You never know when something might blow up in your face.

Lynsey says:
Often it's something that has just gets blown up and really silly or nasty, but sometimes people are just out there looking for trouble. There are some vile people on the internet… professional trolls and bullies.

Emma says:
That's true. I've come across one or two!

Lynsey says:
To be fair I have had very positive experiences of social networks so far, but I have a friend who was targeted by an online troll who would constantly post horrible stuff on her Facebook and Twitter. We thought it was a boy at school but we couldn't prove it… to be honest it could have been anyone, and that was what was scary. She came off both those things in the end, which I thought was sad. I would have told a teacher, but she didn't want to, she was embarrassed. 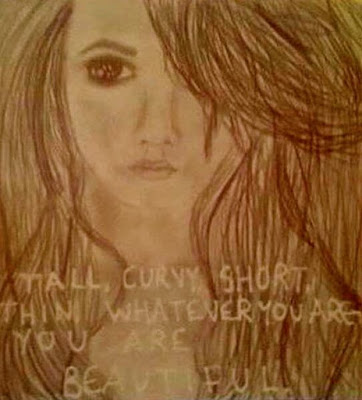 Kitty says:
I think the best way to handle trolls and bullies is to ignore them. Delete, block, blank, report. Don't argue back. Ignore them and they'll give up - they want a reaction and if they don't get one they'll move on. And if you feel yourself getting angry or aggressive online, come off straight away… cyber bullying is taken very seriously now and you could find yourself in very real trouble.

Lynsey says:
I think also it is important to have a good sense of confidence in yourself, but that is not always easy when you are growing up and school doesn't always help. The thing is, is we all believed in ourselves and felt happy with the way we are, the bullying would not easily be able to dent that. I really think they should teach self confidence in school, because it would solve a lot of problems.

The powerful illustrations for this blog-debate were drawn by reader Courtney: many thanks for the awesome artwork!

Cathy says:
Lots of very interesting points here, and some good suggestions too. Have YOU ever come across internet bullies or trolls? Or even found yourself saying things you shouldn't have? COMMENT BELOW to have your say...