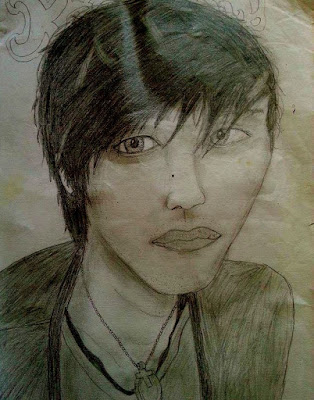 Milly says:
The first time I saw Chris, this time last year, I was lost. Our eyes met across a crowded living room, and he grinned and said hi and looked away again, back to the computer screen where he was looking up chords for a song he was trying to learn on guitar. I probably captured his attention for roughly two seconds, but for me it was different. My heart was doing somersaults, my cheeks were pink, my pulse was racing. It was like being in a cheesy romcom film or one of my mum's slushy novels. I was in love.

Chris was - is - my friend Pippa's big brother. Pippa only joined our school last year, so she and Chris were new to the area… it's not like I'd seen him growing up, watched him going through an awkward, spotty, pre-teen phase. He just dropped into my world like a gift from the gods. Pippa could see it happening, of course. 'Please tell me you don't fancy him,' she asked after that first time. 'I don't think I could stand it!' But I did fancy him, and Pippa was more understanding than I thought she would be. She answered all my questions, told me everything I wanted to know about Chris. He was seventeen, good at English, music and art, liked weird bands I'd never heard of, had lots of friends but no serious girlfriend. He was in a band with some friends… he played lead guitar. He was kind to children and animals, and he always remembered my name when I called over to see Pippa.

'Don't get your hopes up,' Pippa told me. 'I don't want to hurt you, but he's not interested. He thinks you're too young. He just sees you as my friend.' I knew she was right, but I couldn't help dreaming. In fact, dreams about Chris filled my days as well as my nights. I dreamed that he asked me out, wrote a song for me, bought me flowers. I dreamed that he kissed me on the lips and told me I was beautiful, that he'd never met anyone like me before, not ever. I was lovesick. When I did see him, I was tongue-tied and awkward. I knew he was too old for me, too good for me, but I couldn't help myself. I doodled our names together in the back of my school jotter. Everyone told me it was just a crush, but it didn't feel that way. I knew it was one-way, I knew he barely knew I existed, that he saw me as a kid, but my feelings were too strong by then. If it was a crush, it was crushing ME. I was sad all the time, longing for something - someone - I just couldn't have.

It ended when Chris went to uni earlier this month. He's miles away, in Glasgow, and according to Pippa he has a girlfriend now. I know it's time to let go. This crush hasn't made me happy… it's made me sad and mopey, wistful and pathetic. A boy in my French class asked me out in the summer and I said no, because he wasn't Chris… but seriously, if Chris had asked me out, would I have coped? Probably not. He is five years older than me, and I'd have been way, way out of my depth. I was safer with dreams and fantasies. So when do you let go of a crush? When do you move on? I don't know, but now seems like a good time because one thing's for sure, this crush is not making me happy. I am writing this because I know it's over - even though, of course, it never actually began in the first place. I am setting myself free. If the boy in my French class asks me out again, I might say yes. And if Chris come home in a few years time and looks at me for more than two seconds… really looks at me… well,  who knows. I can dream.

Awesome artwork by reader Violet - just wow, and thank you!

Cathy says:
Milly's heartfelt description of a crush is really powerful… most of us know the feeling. Have YOU ever fallen for someone you really couldn't have? What happened? COMMENT BELOW to tell us more!
at October 25, 2015