Reader Camille writes about the Bronie fandom community... and why it matters to her! 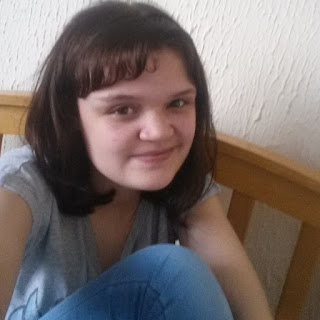 Camille says:
There's a cartoon currently on TV called My Little Pony: Friendship is Magic. The show was originally created for children, mainly girls, but has attracted a much wider fanbase, myself included. Adult fans are called Bronies and a lot of them are male... the appeal is much wider than the makers of the show might have imagined! So far, I have only ever met two other Bronies of my own age in person, but in October I am going to a convention called BronyCon which is basically a weekend long party with tons of other Bronies. There are stalls with art and toys made by fans, and panels with some of the voice actors. Some fans have even written music based on the show and at one convention, a fan created an amazing light show for everyone. It's an amazing community, both online and in the real world. 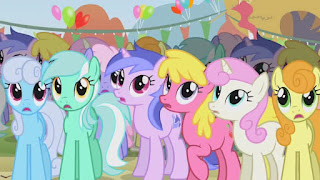 The problem is that people who haven't watched don't really understand and some of them pick on you. I get teased at school a lot for wearing a pony t-shirt for PE. People say, 'Well, if you don't want to be teased, why do you keep on wearing it?' But this misses the point; I should be able to wear what I like without fear of judgement. I reply: 'Because I'm not afraid. I won't hide what I enjoy just because others hate it.' Men who like the show get even more hassle. People can be really harsh to these adult fans, labelling them with all kinds of names and making judgements on them, which is kind of ridiculous. It's a free world, and we should not judge what we don't understand... people should be free to follow their own interests, even if they are not what others might choose. We are all different. 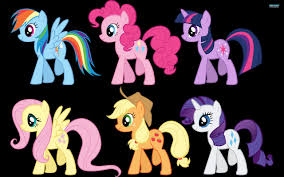 Most people don't even understand why Bronies get so involved and so enthusiastic. It's because at the end of each episode, one of the Mane Six (the main six characters in the series) will tell their lesson for the day. They call it a friendship lesson, but they are lessons you can take and convert into a lesson for teen or adulthood. Of course, I don't expect everyone to see the appeal in My Little Pony: Friendship is Magic, but for me the show has real value and I'm proud to be a fan. Don't judge what you don't understand!

Cathy says:
I know a few of my readers are My Little Pony fans (or should I say Bronies!). I also agree with Camille that somebody with an unusual hobby or interest should never be bullied or harassed because of this... live and let live! Have YOU ever watched the show? COMMENT BELOW to have your say!