We talked to more readers about the ups and downs of having a cool, unusual name… 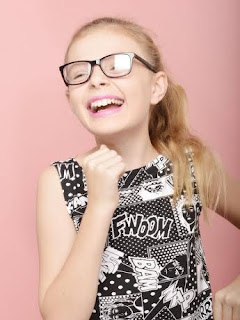 Eddison says:
My mum's friend suggested Edison if I was a boy, and my dad liked it, so it was agreed. As I was a girl, they just added an extra D to make it a bit different. Dad says Edison Lighthouse was the name of a band in the 60s and 70s, and as Dad worked at a recording studio it seemed to fit! I really like my name as it's unusual and makes me stand out. I don't like it when people ask my name and I reply 'Eddison' and they say, 'No dear, your first name!' That can be annoying, but I try to remember that they aren't used to it and are just confused. Mum just calls me Ed as it's shorter and easier, but my grandparents say that Eddison is my name and that's what they will call me!

Hazy says:
My parents decided to name me Hazy because they met at my dad's farm in the middle of the countryside and as they got to know one another more, my mum noticed the beautiful hazy mornings you would always get there. They moved into the farm together and had my brother and sister, Kya and Apphia - Kya means 'diamond of the sky' and Apphia is a Greek godess of the moon. When I was born, they decided on Hazy, looking back at those early hazy mornings when they had first met. It's quite a 'worldly' name, a weather-inspired name I guess, and when my younger brother was born they followed on from this and called him Tarran, which means thunder (quite accurate, I think!) I love my name now but to begin with I wanted a less unusual name. These days I like having a name that is unique! 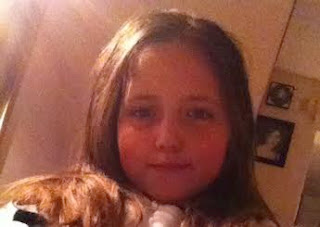 Oleander says:
My name is Oleander, which most people will agree is pretty unusual! It came about because my mum had seen a movie called White Oleander. I think the film was based on a book by Janet Fitch - an oleander is a kind of flower or tree. I love my name because I think it's really pretty, but a part of me doesn't always like it because sometimes people spell or pronounce it wrong!

Elle- Mae says:
My mum liked the name Ellie but she changed 'Ellie' to the spelling 'Elle' because it was a little bit different - nobody she knew had the name Elle! Mum's birthday is in May, so she put Elle and May together and changed the y to an e! I love my name because it's unusual - it's very special to me! Many teachers pronounce or spell it wrong - it's quiet easy to make a mistake with - but I correct them, and once you know how to spell it it's easy! When's the best time to have a different kind of name? At school, definitely, because your name is mentioned a lot in class, on the register and when your friends call you. When people ask what my name is, they smile a lot because it's so unusual! 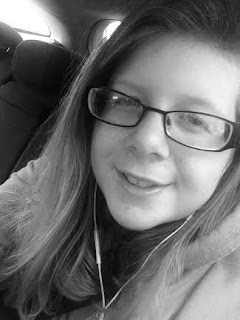 Adelaide says:
I think my name is quite unusual… I don't know anyone else called Adelaide! That's why I like it - nobody has the same name as me! People ask me if I'm named after the city in Australia, but I'm not… I did visit there when I was a baby however, and I hope I can go back one day! My mum likes to joke that Adelaide was one of the first names in the baby book, but actually my parents chose it because it means beautiful and noble. When I'm a parent I might pick something a bit easier to spell, though - friends never know how to spell my name and I've actually got it wrong myself once or twice!

Rohan says:
What I like about my name is that when I meet someone new or go to a new place, there's around a 99.9% chance that nobody else will have the same name as me! It's pretty unique, and I like that. What I don't like is when teachers - well, all kinds of people, really - say it wrong, especially if they've only just met met me. It's spelled 'Rohan' but pronounced 'Rowan'… so people often write it as 'Rowan' and I have to correct them, and that gets annoying! My sister is called Lauren and she can get magnets and keyrings and so on with her name on, but I can't… that's annoying, too. But I love my name either way!

Cathy says:
Loving these cool and unusual names... which one is your fave? COMMENT BELOW to have your say!
at March 22, 2016