Reader Claire is a big Cathy Cassidy fan... but she is blind, and reads the books in braille. Find out how she campaigned to get her favourite CC book translated into braille! 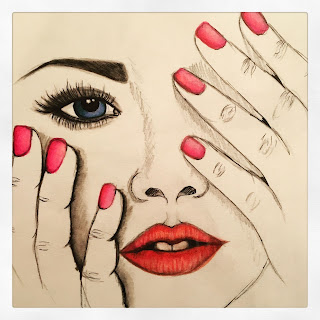 Claire says:
I am severely blind, which means I have no useful sight at all, just a small bit of light perception in the corner of one of my eyes. This means I cannot read any print, not even the largest sizes of print, so I have to use braille to read. I discovered Cathy Cassidy through braille books, and recently I wrote to her because she had posted about a papier mache tree fairy she had made. I liked the sound of that - I thought it might be  an all-year-round project for those crafty geeks like me and others who like crafts to try out. Cathy replied that the project could be found in the book CHOCOLATE BOX SECRETS, but at the time this was not available in braille. In situations like this, I have to turn to audiobooks, but 'SECRETS' is not available as an audiobook either. I asked Cathy about this, and she explained that it was a book that didn't work well as an audiobook as it relied very much on pictures to show the projects.

At this point I suggested Cathy contact the Royal National Institute for the Blind library to ask if the book could be transcribed into braille, as sometimes they describe the pictures too and it all makes sense. I passed on the contact details. I didn't think anything would come of this, but a few days later Cathy sent me the message that RNIB library had sent to her through Facebook. They had six of her books in braille, which was cool. Four days later, things got even more exciting! Another message from RNIB library arrived, saying that they had decided to transcribe four more CC books into braille, and that CHOCOLATE BOX SECRETS was one of them! I was over the moon! 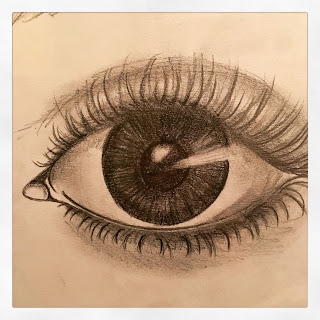 I felt so proud to be part of something big like this, especially with someone like Cathy Cassidy! Braille books mean everything to me; without them I would not be able to read, or would have to rely on having someone read things to me. With a braille book, you can physically pick up and hold a book, which really helps me to connect to the story and 'become' the main character. If it wasn't for the RNIB library, together with local organisations who help people with sight loss, those who need braille books would have no access to them. Please, if you are able to, make a donation to RNIB, even if it's just a small amount, or just once. If that's not possible, please consider fundraising for RNIB within your school or local community... the money you raise can make all the difference in the world to a blind person like me. Thank you!

You can find out more about RNIB and how to fundraise or donate to them here. It's such a good cause!

Cathy says:
I was thrilled to be able to help Claire find access to the book she wanted to read... the RNIB library does an AWESOME job and were so, so helpful. Can YOU imagine what it would be like to read in braille? COMMENT BELOW to have your say!
at May 21, 2016