My writer pal Nikki has just published a new novel, the outrageously good SWAN BOY. Read on to see why she wrote it and why YOU should read it! 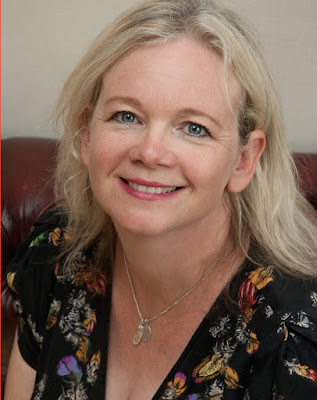 Nikki says:
Sometimes growing up is hard to do. The difference between being a kid and an older teen can seem as great as the difference between a pony and a giraffe; they both have four legs and are so cute they should be illegal, but would you ask a pony to feed from the leaves at the top of a tree? Or expect a giraffe to win a gymkhana? That's how I remember my life being between the ages of ten and fifteen, bouncing between feeling like a kid and an adult, which is why I wanted to write about it in SWAN BOY. (I also wanted to write about swans, obviously, because they are very cool!)

Surviving the pony/giraffe transformation can be tough enough, but if, like my main character, Johnny, other things have gone wrong in your life (Johnny's dad has died suddenly and he's had to move house away from all of his friends) you might have even more trouble working out who you are supposed to be. 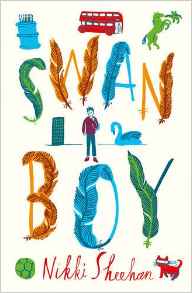 That's where good friends and role models come in. I like to be kind to my characters, so I've given Johnny a few people to help him navigate his way from thirteen to fourteen. The main one is a bit unusual; it's a huge white swan. I could have given him a faithful dog, or even a rare falcon, but as well as being cool (did I mention that?) swans are associated with change, as in the story of The Ugly Duckling, and they ooze strength, grace, pride and fearlessness, which are all the qualities I wanted my character to find within himself.

So how does this happen? In the story, Johnny is stalked by the huge white swan, and then he accidentally lands the lead role in a school production of Swan lake. His dance teacher tells him to live the part and he literally begins to turn into a swan. I'm not suggesting that you should grow feathers, but if, like Johnny, you feel that you're different to everyone else, I want to tell you a secret; you're one of the lucky ones. As Johnny finds out, being different is good, but it's not until you realise it that you will really begin to fly.

Find out more about Nikki on here website, www.nikkisheehan.com or order Swan Boy here... http://www.bookdepository.com/Swan-Boy/9781780749242 The book is also available now in all good bookstores!
at May 27, 2016