Reader Sheba came to settle in the UK when she was nine... read how CC books helped her to find her feet... 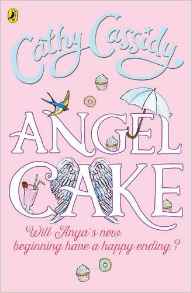 I came to Britain from overseas when I was nine years old... my family settled in a quiet, country town which was not the most multi-ethnic of places. Primary school was increasingly difficult. It wasn't actually so bad when I didn't understand the language, but I quickly grasped English and realised there were a lot of racial slurs being aimed at me by the other kids. I was angry and the teachers had no sympathy when I verbally hit back... they just didn't understand. Around this time I came across Cathy Cassidy's books, and I especially connected with ANGEL CAKE about Anya, a Polish girl settling in the UK. I'm not Polish, but I loved the book and really related to Anya because she always retained her dignity. She didn't let the snide comments of other people drag her down and she built her own world within the environment she landed in. 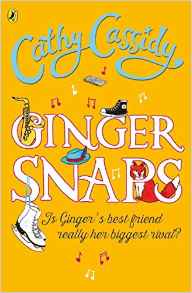 The other book I connected very strongly to was GINGERSNAPS. Like Ginger, I would find myself eating too much, comfort eating really, as a way of blocking out the unhappiness and this coping mechanism stayed with me all the way through until high school. Sometimes I would gorge... trying to make myself happy with food, even though hunger was not the problem. It was only as I progressed through school and my academic achievements began to be recognised that I began to see I was actually worth much more than some of my classmates seemed to think. Like Ginger, I tried very hard to forget the past. Finally, this year, I began to see that even though it can be hard, it's important to think about the past as it is a part of you... and only by accepting this can you move forward.

Gradually, over time, I began to stop over-eating. I'd been worried about this habit for a while, but my friends seemed to gorge themselves on sweets and still stay thin, and I did not. Things had to change. Very slowly I began eating healthier portions and I always felt much happier and more alert when I hadn't gorged the day before. I wanted to work towards a strong, fit body and gradually that old coping mechanism faded away. Like Ginger, I moved forward and changed my life.

I have tears streaming down my face as I write this, but I wanted to share the experiences I have been through as a way to reach out to others in the same position, for whatever reason, who may be feeling right now that things will never get better. I still get comments at school because I am keen and bookish, but I am much stronger now and I don't let it get to me. Besides, believe me... books are a far better coping mechanism than over eating.

Awesome illustrations by reader Sarah... thank you so much! And many thanks to Sheba for writing such a brave and honest account of her experiences.

Cathy says:
Sheba's story shows just how deeply thoughtless words can cut. Spiteful comments can damage our self esteem hugely, but Sheba's determination to turn things around has given her back a bright and confident future. Has a CC book ever helped YOU to handle something tough? COMMENT BELOW to tell me how!
at May 22, 2016