A reader's mum shares her fab memories of caravan holidays from her childhood... a must-read! 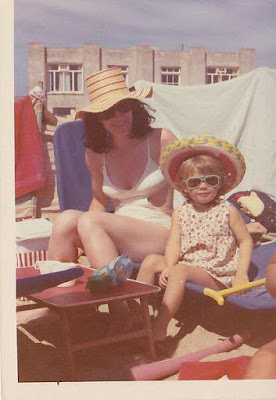 Ali says:
In the seventies and early eighties my family owned a caravan near Margate and this was where I spent long summers. My earliest memories are of the caravan park sports day where I usually won a medal or trophy - luckily there weren't that many competitors in my age group! I longed to be crowned 'Bradgate Sports Girl' but it was never to be! There was always a fancy dress competition and my mum, dad and nan would work tirelessly on my costumes - I won a couple of times thanks to them!

My sister is eight years older than me and was often charged with babysitting me while she hung out with her friends in the Games Room, next to the Campsite Bar. I have vivid memories of the jukebox playing 'Love is in the Air' and 'We're Going to Barbados' whilst I sat on a large bar stool playing the pinball machines! Pinball is something I still love and am pretty good at, and I cannot resist it to this day. My daughters have often had to wait around feeling bored while I try to get the high score on holiday! As technology progressed and new fangled electronic machines were moved in, I became proficient at Space Invaders and Pac-Man. I am still a gamer, and love nothing more than a game of Mario Kart on the Wii, though these days I am often beaten by my kids! 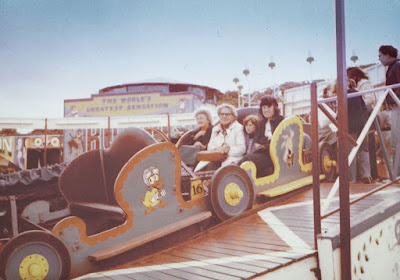 There was sometimes a talent competition at the caravan park and I would find myself up on stage singing songs taught to me by my dad - they must have been full of double-entendres because everyone found it hilarious and I hadn't a clue why. I often begged for a trip to Dreamland, the fun park, and as my siblings were so much older I was always allowed to take a friend from the caravan park along. My nan always came too and I remember being very proud of her being in her seventies and going upside-down on the Looping Star! It's lovely to see that Dreamland has re-opened after many years of being derelict... I will be going back!

I have lovely memories of the caravan holidays and the friends I made there. In the days before social media we had no way of catching up between each summer visit so catching up again could be a lengthy business! It's a bit of a shock when the little girl you played with last summer suddenly turns up in high heels and make up as she's a year older than you and now in secondary school! I still miss cold showers (unless you had 5p for hot water), weeing in a bucket (too dark to go to the toilet block at night!) and swimming in the coldest pool I've ever known. I feel lucky to have had such lovely memories and if it were possible to return to those days for a short while, I wouldn't hesitate at all.

Cathy says:
I love this post... it rings a few bells for me, definitely! If YOU could take a holiday in a different decade, which decade would it be and why? COMMENT BELOW to have your say!
at July 25, 2016