THE WHISPERS OF WILDERWOOD HALL... THE STORY BEHIND THE STORY!

My writer pal Karen McCombie shares the behind the scenes stories on her brand new book... here are the firefly thoughts that inspired THE WHISPERS OF WILDERWOOD HALL! 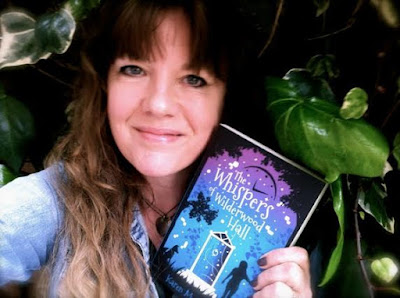 Karen says:
I grew up on the 15th floor of a high rise block of flats. Because, or perhaps in spite of that, I was a total History Nut as a kid. My parents would schlep me off to visit various National Trust properties in the summer holidays, and I loved every minute. Even when the tour guides drifted off to Dullsville, talking about family crests and lineage, I'd be staring at some sweet sampler on a child's bedroom wall, wondering about the twelve year old girl who'd stitched that, back in 1805. I'd be searching out the servants staircase, looking at the grooves worn in stone spiral steps by the footfall of countless maids over the centuries.For me, every castle and grand house we visited was full of the whisper of past lives. When I began playing with ideas for my time-slip novel THE WHISPERS OF WILDERWOOD HALL, those childhood memories came flooding back!

The time I broke the law...
Breaking the law just isn't me. I won't even go in an 'Exit Only' door at a supermarket, but once, back in my twenties, when I lived in Scotland, I let myself be led astray. Correction; I let my inner History Nut lead me astray! A friend was on a film making course and asked me and a girl called Pauline to help him with his summer holiday project. Flattered, we agreed, but the film dude was very cagey about where the film location would be. 'Just drive,' he said, as he squeezed his camera gear and - oddly - a stepladder, into my tiny old Mini car. We set off and drove into the countryside, where I was told to park beside some tall, rusted, chained-up gates in a high, moss-covered wall. Now I knew what the stepladder was for; we were climbing over, about to trespass in the overgrown grounds of a long deserted mansion. 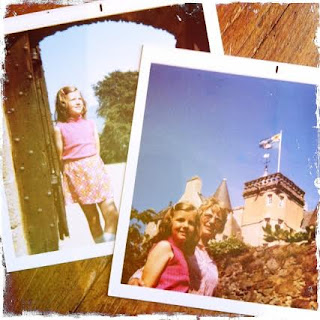 The sensible part of me tried to say 'No way!' but my History Nut self was desperate to see that house. I gave in, and I can't say I regretted it. The tangled gardens felt like something from Sleeping Beauty. The house itself was broken down, the front door hanging off its hinges; it was wonderful to wander through it, spotting scraps of its story everywhere, from the mould-covered porcelain of the old claw-footed bath to the rust-spotted mirror above the mantelpiece in the ballroom. I looked into every room, drinking it all in, loving everything about it... until Pauline and I, gazing around the ballroom on the ground floor, heard footsteps directly above us. It wasn't the film dude... he was out in the gardens at this point. We did what anyone would do in the situation; we RAN...

Over the years, on visits back to the area, I've driven around, trying to find a trace of the old house, but with no luck. I must only have been inside those imposing walls for perhaps an hour in total, but that hour etched itself into my mind, and the Wilderwood Hall of my imagination owes a lot to that.

The WHISPERS OF WILDERWOOD HALL is out now - you can find it in all good bookstores or order it online HERE.

Cathy says:
I love history and time-slip stories too, so this book is now top of my to-read list! Have YOU got a favourite book with an historical flavour? COMMENT BELOW to have your say!
at July 02, 2016