JENNIFER: SCHOOL WAS A NIGHTMARE

Reader Jennifer found that bullying is not always confined to fellow pupils when she fell out with one of her teachers at school... 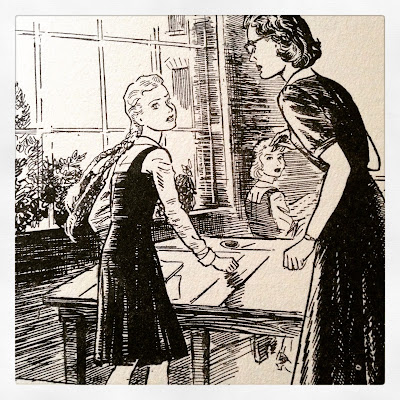 Jennifer says:
I had never had a problem with school until Year Eight. I'm not a troublemaker, I'm actually more on the geeky side as good grades and hard work mean a lot to me. School is important - it's your chance to get a good start in life, and I have always been determined to do the best I could. English has always been my favourite subject and I'd always got good grades... until Year Eight.

We had a new teacher... let's call her Miss B. She was young and fun and fresh out of college, and everyone liked her a lot because she was less strict and stuffy than the teacher we'd had before. The problem started when I got my first essay back, and it was marked as a C grade. OK, that isn't bad... but I've been getting A grades ever since I can remember, so it was a shock. Then, as I looked through the essay, I saw she had corrected a spelling that wasn't actually wrong... and worse, knocked marks off for poor grammar on a sentence when it was actually correct. I told myself she must have been tired when she was marking it, so I stayed behind after class and pointed out that she'd made a mistake. Not my best move. She went very red and I could tell right away that she was angry. She told me she was the teacher and I was the pupil, and that she knew the rules of grammar and spelling better than I did, but I could tell she knew that she was wrong.

After that, English lessons were awful. Miss B never ever called on me to answer a question, never asked me to read out, but that wasn't all. Every day she would make snide remarks and jokes at my expense. She'd say I tried too hard, that I was big headed and thought I was better than the others, that I wasn't half as clever as I thought. She made comments about my choice of shoes, my hair, even y skin (I have acne). My classmates laughed along with her, and that hurt more than anything. I started to give up on English and dread going to school, and at parents evening she told my parents I was rude, arrogant and lazy.

My parents went mad... they went to the Head and complained. Miss B denied everything, but one of my friends stood up for me about some of the things that went on in class. Miss B was away a lot after that and left at the end of the year. Lots of stories came out then about how she wasn't coping with her classes and how other people had complained too. I'd like to say I'm sorry, but I'm not... she wiped out my confidence and rebuilding it will be a hard task. My love of English is at an all time low. I hope things change, but I won't be holding my breath.

Cathy says:
This is such a sad story. A teacher under stress has lashed out at a pupil and demolished her self esteem... and, ultimately, her own. I hope Jennifer can get her confidence back. Have YOU ever been bullied? COMMENT BELOW to have your say!
at July 10, 2016