Reader Tara tells why she chose not to go to prom... and why she's glad she made that choice... 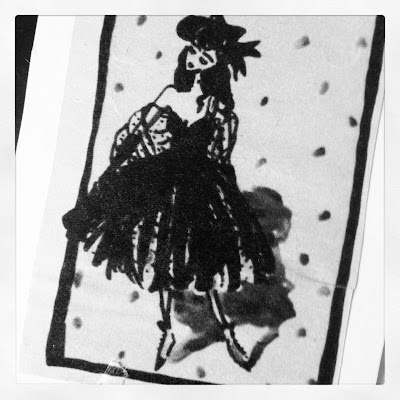 Tara says:
I was sick of hearing about prom long before it actually happened. The kids in my school had been going on about it for months... like they cared about it more than GCSEs, more about their applications to sixth form college, like it was the thing we'd all been working towards for all these years. There was a big fuss about who was going with who, about whether it was OK to go with a friend or a brother or someone from another school. The girls were spending round about £150 on prom dresses, groups of friends were hiring limos or camper vans, and the ticket for the night itself was an eye-watering £25. It wasn't for me.

Why didn't I go to prom? Lots of reasons. One, I thought it was a huge waste of money for something I wasn't fussed about. We don't have a lot of money to spare, who does these days? OK, you get a three course meal and a disco and a slideshow of your school years... but I don't like fancy food and I don't like chart music and I don't want to see pictures of me looking awkward and on the edge of things even way back in Year Seven. Two, I thought it was a bit of a scam, an import from America that we've grabbed onto and taken way too seriously. My school acts like prom is the be all and end all, but actually they only started doing it five years ago. I hate being pressured into doing things I don't want to.

I thought about it for ages. I could have dressed up in a budget ball gown or a charity shop prom dress, worn a tux or something weird and made the whole thing less formal. I could have gone with my friends, travelled on the bus for a laugh and turned the whole thing on its head. Some of my friends did go, and they said it was fun in the end, a good way to end their secondary school years. It wasn't what I wanted, though. Secondary school has not always been fun for me... I was bullied badly for two years, and though things are better now, school has never been 'the best days of my life'. Forcing myself to go to prom would have been just one more ordeal, one more painful hoop to jump through. Once I allowed myself to think that the world wouldn't end if I just didn't go, a weight was taken off my shoulders.

So what did I do on prom night? I picked daisies and buttercups from the garden and snuggled up in my onesie with a pizza and ice cream, and I watched three old teen movies back to back, including Pretty In Pink which is all about school prom (I don't think Andie should have gone, but she did.) I don't regret not going and I don't think I missed out on anything. I did what I wanted to do... what was right for me. Isn't that what matters?

Cathy says:
Tara made the right decision for her... but could YOU have done the same? COMMENT BELOW to have your say!
at July 28, 2016