Reader Millie gives her verdict on the new film SWALLOWS & AMAZONS... will it be a must-see for YOU? 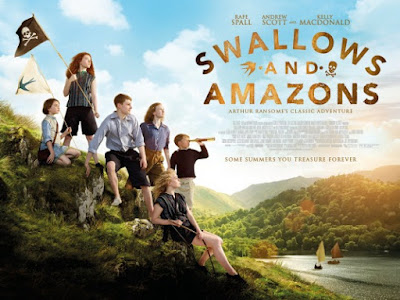 Millie says:
A couple of weeks ago I went to see the film SWALLOWS & AMAZONS with my mum and younger brother. I have read the book and my brother has read most of the series, so we knew we would enjoy it. My mum remembers seeing the original film so she wanted to see this one as well, to see if it was as good. We don't go to the cinema all that much so we made it an occasion with popcorn and drinks, and we had good seats. My first comment is that the film looked amazing. The characters were convincing and I especially liked the little brother, Roger, who was very cute and funny, and the Amazon girls who were brilliant. The settings were beautiful, if you have ever been to the Lake District you will know what I mean, and because it was set in the past (the 1930s I think) it had an air of mystery and romance that you don't get with things set in the present day. 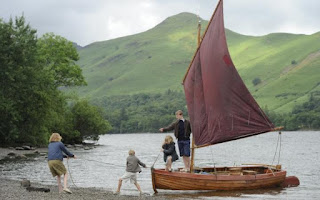 One thing that bothered me was a change in the plot. The film had a spy sub-plot that isn't in the book, which confused me a bit, but I got to like it and it did make the ending of the film very dramatic and exciting. Afterwards Mum told me the author Arthur Ransome had been a journalist in Russia and that the writer/spy character was based on him. That was quite clever! My only complaint was that I didn't like the character John so much in the film, he was very bossy and a bit know-it-all which he isn't really in the book, and there were some rows and fights between the characters in the film that don't happen in the book. My brother said that made it more realistic though, and it wasn't really a problem just a thing I noticed. I also didn't like that they changed the plot so that the kids lost their box of food within a few minutes of setting sail, because it made them look silly and I think in the book they were actually very brave and clever and independent. But it didn't spoil it for me! 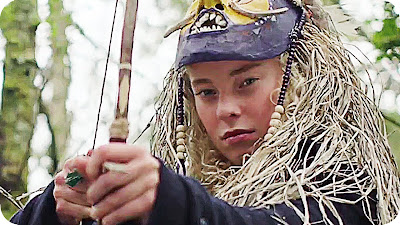 Overall, I loved this film so much I would have liked to be in it... maybe I'd have played one of the Amazon sisters! I loved the book but the film has made me determined to learn to sail and definitely pushed me to be more adventurous in my life dreams. My mum also liked the film even though it was different to the one she'd seen when she was young, which she said was closer to the book. My brother loved it too. Overall, we rated SWALLOWS AND AMAZONS four stars out of five! It is not in the cinemas around here any more but well worth getting on DVD or netflix when it is available for a lovely, old-fashioned, feelgood family movie. 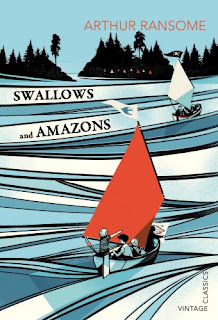 Cathy says:
I read all of the Arthur Ransome SWALLOWS & AMAZONS series when I was growing up, and absolutely loved them! I too saw the original film and I watched the new one recently too... my review was a big thumbs up too, so it's good to know that Millie agrees! Have YOU seen an amazing film this summer? COMMENT BELOW to have your say or email/message me on the FB fanpage if you'd like to review a new film release!
at September 19, 2016