Reader Nadia tells us how her little sister came through a serious illness to find she had lost her hearing... and how she learned to cope. 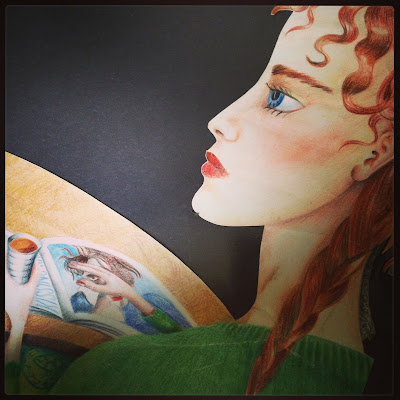 Nadia says:
About two years ago, not long before my little sister's sixth birthday, Rosa got very ill with meningitis. It was terrifying - she had a high fever and could barely stay awake. Mum took her to the hospital, and we were all so scared; at one point I thought Rosa would fall asleep and never wake up. I would sit with my mum beside her bed as all these doctors and nurses came in and out, their faces set and never smiling. We seemed to spend a lot of time drinking hospital coffee and drinks from the machine, waiting around for news, feeling scared. I particularly remember one day when Rosa was asleep and a nurse came in with a needle. Two other nurses arrived and I was horrified when I saw them stick the needle right in Rosa's back. She woke up but she didn't scream... she just cried silently and held onto Mum's hand.

One day, when I arrived at the hospital with my elder brother, we found Mum sitting outside Rosa's room crying. I remember feeling scared stiff, as though my heart had stopped. The sun was shining and it just didn't seem possible something bad had happened. I looked into Rosa's room, fearing the worst, but my little sister was sleeping peacefully. I asked Mum what was wrong and that's when she told us that Rosa would probably never hear again. The worst part was, that was the day of Rosa's sixth birthday.

Now my little sister is eight and she acts as though nothing is wrong. Mum has taken her from one doctor to another, but none of them have offered any hope that Rosa will hear again. Rosa doesn't mind - she is now practically fluent in sign language, which I am so proud of. We have an auntie who is a teacher for the deaf and she has become Rosa's personal home-schooler. As for me, I still worry about my little sister sometimes, but she knows that she can come and talk to me whenever she needs to. Right now she is in the middle of learning to lip read, and she is doing really well. The best thing is, the other day she came up to me and said in a clear voice, 'When I grow up I am going to become a horse riding teacher for people like me.' I was filled with pride not just because Rosa had found something she wanted to do in life, but also because she didn't see herself as wrong or different in any way. She's just Rosa, and she's awesome!

Cathy says:
I love this amazing post... Nadia shows that when one person in a family goes through a tough time, everyone else goes through it too. Have YOU ever had to support a friend or a family member through illness or difficulty? COMMENT BELOW to have your say!
at September 17, 2016