Reader Katie tells us what it's like to be a teen TV actress... read on to find out more! 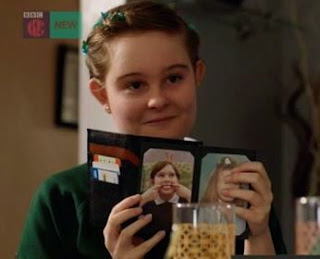 Katie says:
I started acting when I was eight as a new hobby at a stage school - I am now fourteen. I did a few shows with the stage school and then began getting auditions for bigger things through the agency at the stage school. I got a few jobs on TV as an extra, and some on stage, and a couple of years ago I realised I was enjoying the TV more than the stage, so I began to focus on that.

I moved to a different agency and in 2017 I had such an exciting time. In March I got a part in a new BBC TV show called Creeped Out - and in December I got cast in Casualty! Acting is something that has completely taken over my life, even though I didn't expect it! I love using acting to escape real life and 'be' someone else for a little while. It ties in well with my love of storytelling and English in school! 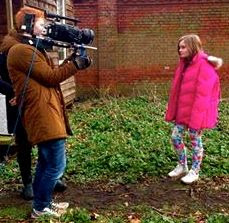 It's safe to say that seeing myself on TV is not something I ever expected to experience, but watching what I've spent so long making )and filming often takes a very LONG time) is so rewarding! Having people compliment me on my work is overwhelming but so amazing, and it feels really surreal!

I'd love to go to drama school in the future and my big dream would be to do acting as a career, but even if I never get that far I hope to keep on doing it as a hobby at least! If I ever get the chance, I'd love to do some screenwriting too!

Cathy says:
Wow... Katie's budding acting career sounds fantastic - if there was going to be a CHOCOLATE BOX GIRLS series, I'd cast her like a shot, maybe as Coco! (I can dream, right?) Have YOU ever appeared on TV? COMMENT BELOW to tell us more!
at March 03, 2018