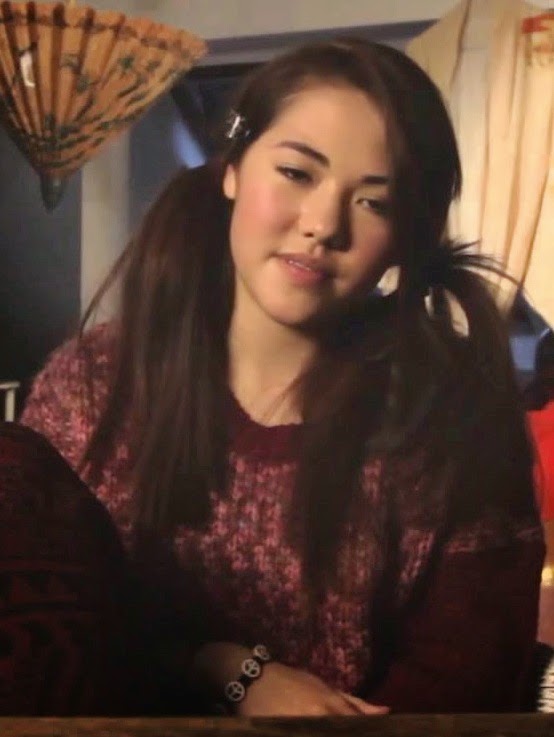 Maryam says:
Last year I started a new school and fell for a boy who helped show me around. I was sure he liked me too. We got along brilliantly, but nothing happened between us so I wrote him a letter to tell him how I felt. It ruined everything. Now he won't talk to me and when we pass we shield our eyes as if to keep from seeing the other; it's like we are enemies now. To make matters worse, he is going out with a girl a real Honey Tanberry lookalike; yes, she's pretty, but I don't understand what has made him fall for her. My friend tells me to act more feminine, but I am brainy and not the pink princess or boy-band fanatic type, so how do I do that? I've tried new hairstyles, but nothing makes a difference. How can I make him forget his current girlfriend and like me again?

Cherry says:
The quick answer is, you can't. As teenagers, we fall in and out of love quickly and unpredictably, and sadly, the people we fall for don't always feel the same way about us. You fell for this boy, but it sounds as though he saw you as a friend rather than anything more. Sending him a letter setting out your feelings probably made him feel uncomfortable or embarrassed, and he retreated from the friendship. He has a girlfriend now and though you can't see what he likes about her, that doesn't matter - it's what HE thinks that matters here. We don't always make the wisest choices in our teens, so I am not saying this romance will last, but for now at least he is off limits. You cannot make him forget his girlfriend, nor can you make him like you again - those choices are for him to make. What I do want to say is that your friend is wrong to tell you to change and become 'more feminine' to get his attention. I see lots of girls at school who are acting out a part, trying to be like the celebs they see on TV with dyed hair, perfect make-up and the same old interests and styles. Who wants to be like everyone else? You are a clever, strong personality - that's GOOD. Be yourself, be unique and individual… one day, someone will fall for you and the bond you build will be all the stronger because you are being true to yourself. If this boy is not interested then he's not the boy for you… but you WILL meet the right person one day, I promise.

Cathy says:
I agree with Cherry on this - but do YOU have any extra advice for Maryam? This is a tough situation, and one that a few of us have been in. COMMENT BELOW to have your say.
at February 23, 2015