I've just adopted two new rescue rabbits… they're awesome! I asked some of my readers to share the bunny love… 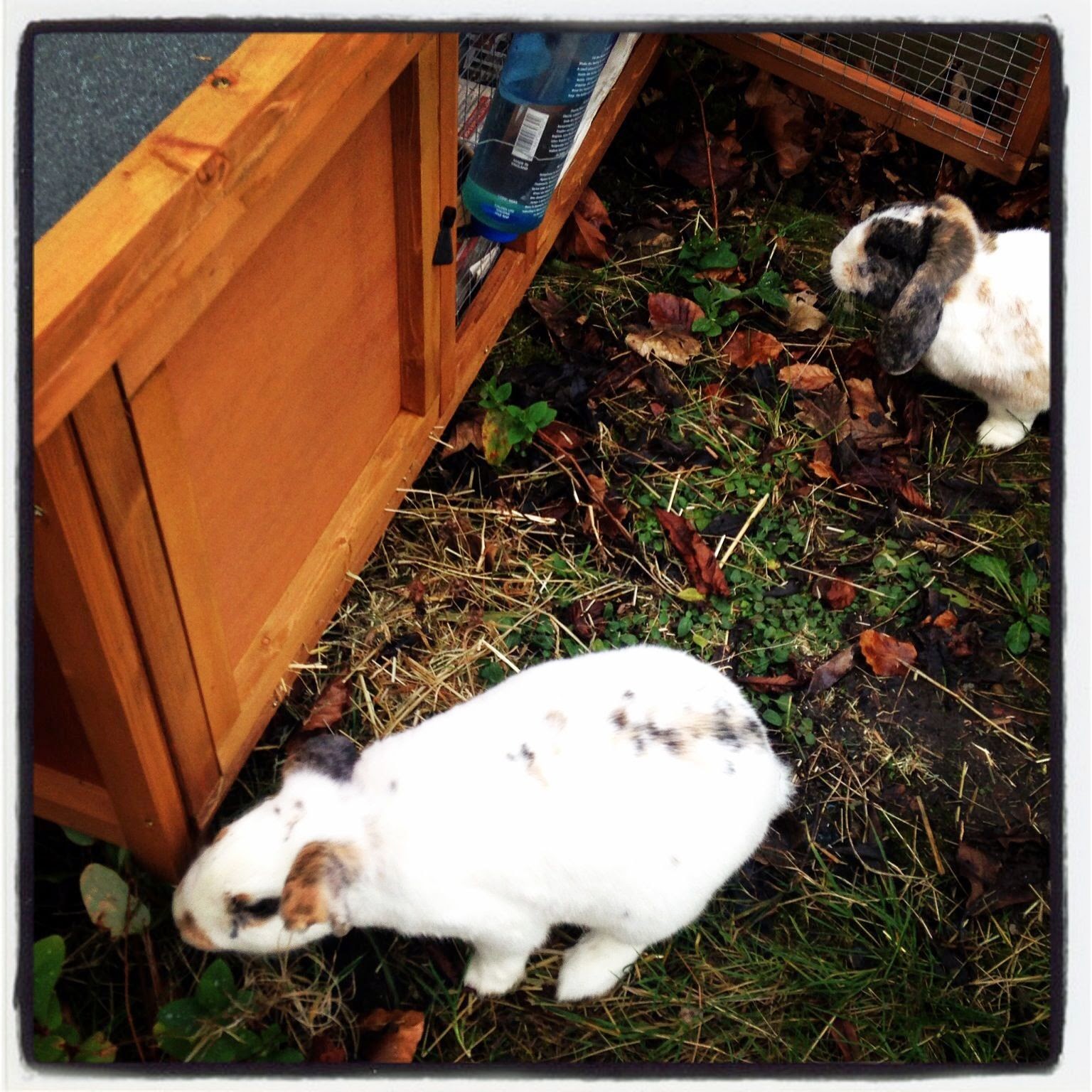 Cathy says:
When I lived in Scotland, we always had at least two rescue rabbits - sometimes a lot more - who lived in a huge enclosed run on a piece of banking behind the house. Since moving south, we missed having rabbits and last summer adopted Donovan, a gorgeous white rabbit with a damaged ear from a long-past bunny fight. Donovan settled in well, but sometimes looked lonely - and as rabbits like company, we began looking for a companion for him. Just after Christmas, he was joined by Juniper, a pretty white lop who is now his faithful sidekick… they live in a big, enclosed run outside and make me happy every single day… rabbits are just so cool! 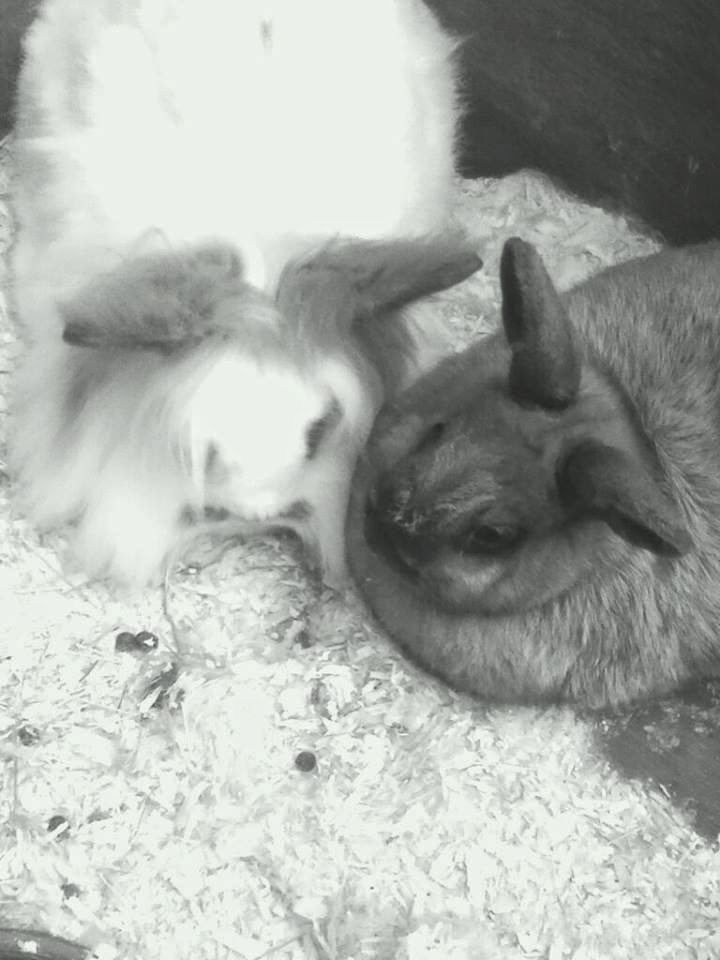 Autumn says:
I have two bunnies as well… Jack and Daisy (I didn't name them - can you tell? I shall blame the unimaginative names on their previous owners, Ian and Kyle!) I can't recall why or how we came to adopt the rabbits, but I am very glad we did. Jack is a white lionhead with dark brown smudges and panda eyes; he is super-fluffy. Daisy is toffee-coloured and less fluffy as she's not a lionhead - she's quite feisty and a bit of a diva, and will stamp her back feet if we're annoying her. Jack is quite laid back. The two of them get on well, but they've both been neutered so there will be no bunnylings… phew! Actually, baby rabbits are called kits which is short for kittens… adorable! 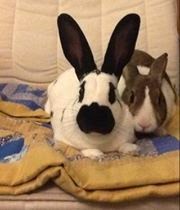 Izzy says:
Rabbits are one of the best pets you could have - they are cute, friendly and boisterous! My rabbit, Baltica, loves to play and only nibbles you if she's mistaken you for an item of food! She loves climbing on the furniture and if you don't pay her enough attention will jump all over and around you! My other rabbit is called Jack; he is calm and has a strange habit of licking everything! He's a brown and white Dutch rabbit. He was very boisterous to begin with but now he is older he is much more relaxed. I love having rabbits - they are really affectionate and so much fun! 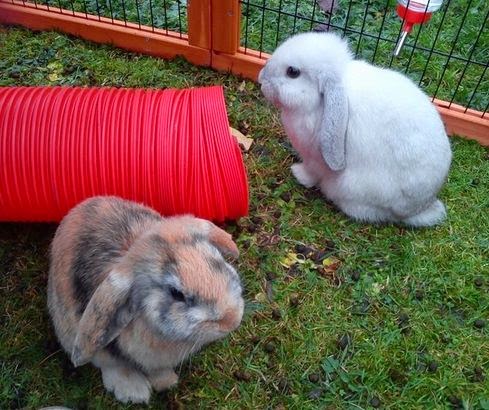 Michey says:
My pet rabbits, Silver and Tyger, are both males and are now six months old. They are cashmere lops, so their ears hang down and only go up if they hear a strange noise. Silver is white with silver highlights on his ears and tail and has very soft fur; Tyger is a unique colour, brown with black stripes which makes him look like a tiger! Silver is anxious and shy while Tyger is friendly and energetic. They share a big, two storey hutch which took us a day to build and have a big rabbit run for during the day, They love going through their tunnel, hopping up onto my lap and exploring the garden!

Cathy says:
Awww… loving the rabbit stories! Have YOU ever had a rabbit? Or another pet that means the world to you? COMMENT BELOW to have your say!
at February 19, 2015