ALISON: I GOT INTO A FAIR FEW SCRAPES...

Another in our fab series on growing up in a different decade… we talk to Alison, who was a teen in the 1970s. 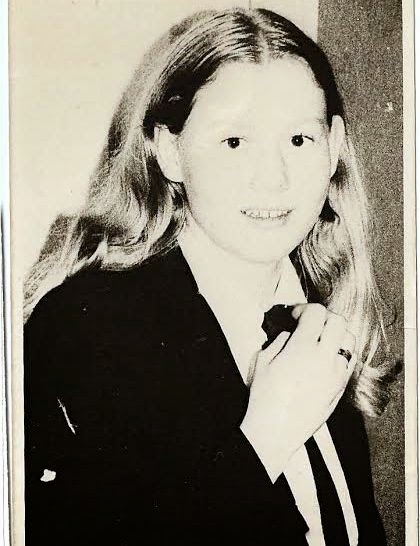 Alison says:
Lots of my teen memories focus on school. I was not particularly naughty at that time but I got into a fair few scrapes! Some of them were of my own creation; but not all, promise! One teacher was apparently about 100, so we called her DWU which stood for Death Warmed Up. She must have been a witch as she didn't seem to age a bit in the six years I knew her. The Spit, a fierce Latin teacher, used to stand outside the classroom until someone opened the door for her - there'd be fireworks if nobody did. One PE teacher was awful at discipline and sent us to the deputy for singing during netball; we thought that was a bit feeble - why let someone else have the fun? We'd been doing a great job' it seemed unfair for the others to be deprived of the joy of hearing us. Having been told off by the deputy, we returned to the netball courts and started singing: 'We are very sorry, We won't sing again…' Oddly, she found it less funny than we did. We were sent off again.

With no electronic games and limited TV, we spent lots of time outside playing games like hopscotch, tag or very bad cricket. We'd spend hours laughing, chatting or listening to records. My friend Viv went to see one James Hendrix in concert, passing him off as any old musician. Jimi Hendrix was not yet famous… the modern equivalent would be asking your parents if you could go to an evening you believe is all about cooking, because it featured 'red hot chilli peppers…' 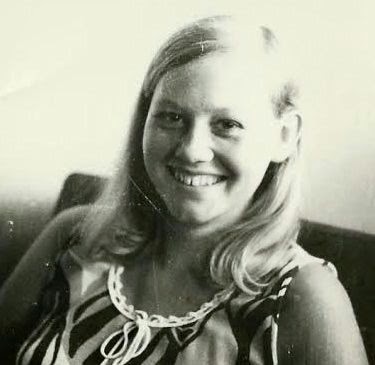 I loved to write and kept my jottings in a denim covered folder which I still have. My work included stories, quotes and very bad poetry. Back then we forged friendships, covered each other's backs and held deep loyalties to each other; same as nowadays, really. I'm still in contact with many of my old schoolmates and a great bunch they are. Their lives are very varied; working in the theatre (Caro recently brought Shrek the Musical to London; yup, singing… luckily, not us!) banks, auction houses, or as household and youth management consultants (OK, housewives and mothers.) When we meet up, we fall straight back into school mode and have a brilliant time. By the end of a session with my mates, I'm crying, short of breath, with aching lungs; but that's from laughing. Friendship… it's just as good for my heart as jogging. Honest!

Cathy says:
Alison is now a writer - check out her fab book Eridor by Alison Gardiner! Would YOU have enjoyed growing up in the 1970s? Which bits sound good to you? COMMENT BELOW to have your say!
at May 28, 2015