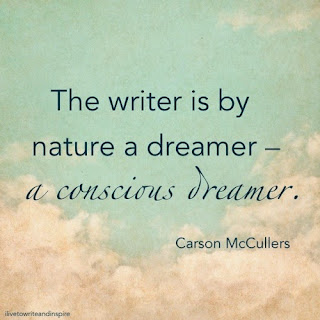 Tessa says:
'If you have good thoughts they will shine out of your face like sunbeams and you will always look lovely.'
Roald Dahl

Michaela says:
'Sometimes you read a book and it fills you with this weird evangelical zeal, and you become convinced that the shattered world will never be put back together unless and until all living humans read the book...'
John Green, The Fault in Our Stars

Stephanie says:
'And those that were seen dancing were thought to be insane by those who could not hear the music.'
Friedrich Wilhelm Nietzshe

Abi says:
'Light can be found in the darkest of places, but only if one remembers to turn on the light.'
JK Rowling, Harry Potter

Louise says:
'If more of us valued food and cheer and song above hoarded gold, it would be a merrier world.'
JRR Tolkien

Laura says:
'I write to find out what I didn't know I knew…'
Robert Frost

Charlotte says:
'Nothing is really work unless you'd rather be doing something else.'
JM Barrie 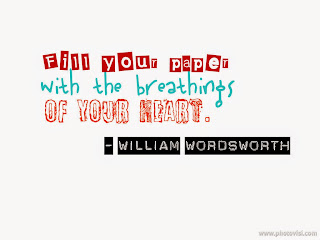 Aimee says:
'I am no bird; and no net ensnares me: I am a free human being with an independent will.'
Charlotte Bronte, Jane Eyre

Daisy says:
'I am not pretty, I am not beautiful, I am as radiant as the sun.'
Suzanne Collins


Cathy says:
Loving these… do YOU have a fave bookish quote that has really stuck in your mind? COMMENT BELOW to share it!
at May 27, 2015