THE QUEEN OF HEARTS, SHE MADE SOME TARTS...

'We want you to make jam tarts,' Puffin said. 'Ask some friends over, and we'll come and film it…' Ooer. This is what happened… 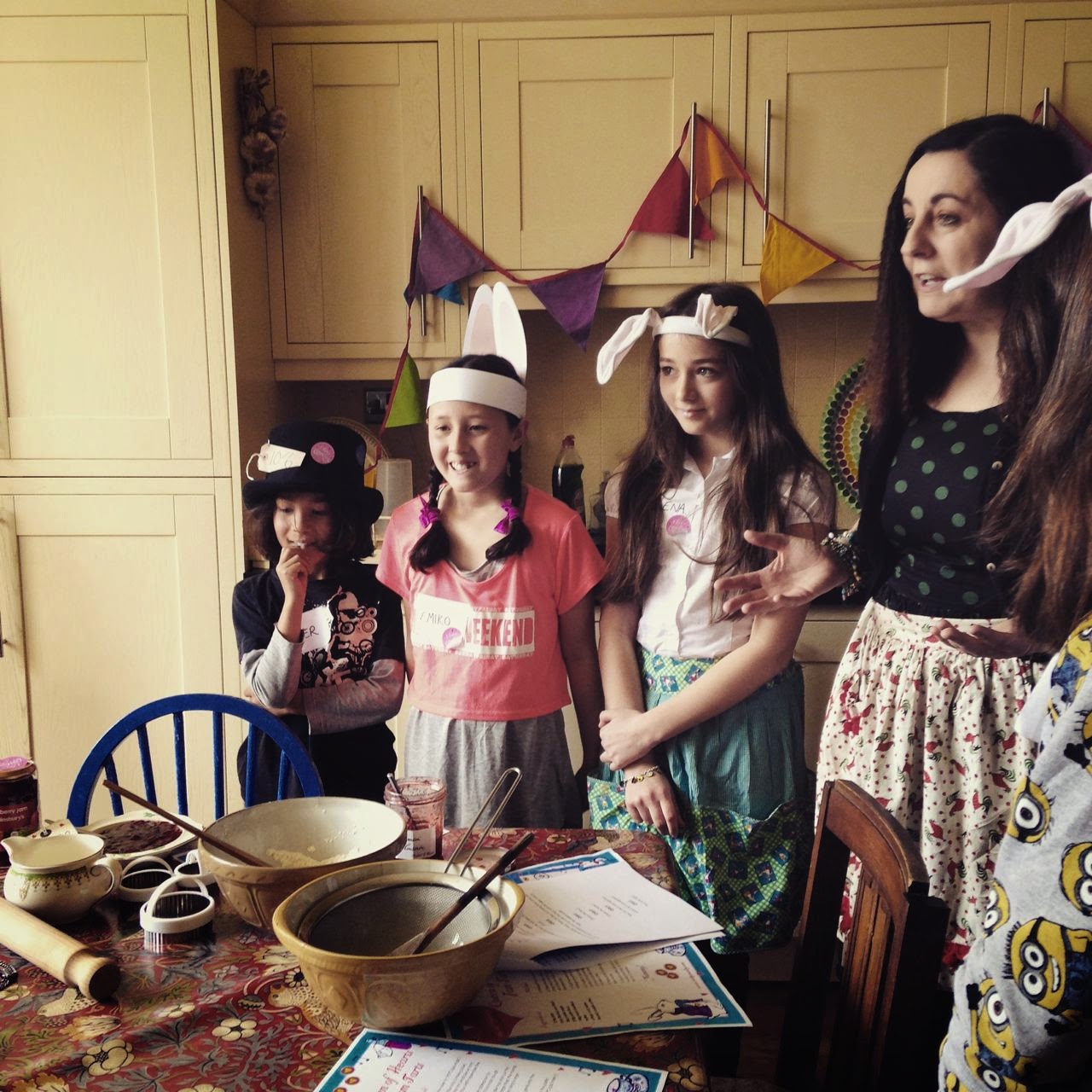 Cathy says:
Jam tarts? I can make them, easy peasey! So when Puffin asked me to bake up a storm and ask some children over to help, I agreed. They wanted to film the whole bake-off experience and use it as part of the awesome Puffin Virtually Live show they're doing all about ALICE'S ADVENTURES IN WONDERLAND and LOOKING GLASS GIRL. Oooh!

We had friends staying that week, so their children Emiko and Acer were roped in to help straight away! Another friend came over with  her daughter Poppy and pals Helena and Kresten. Poppy's teen brother also came to help, and ended up becoming the cameraman's assistant and chief sound man! Julia from Puffin arrived, and suddenly everything got a bit serious. We had scripts to learn, and rabbit ears to wear… what? WHAT? Doesn't everybody bake jam tarts dressed as the White Rabbit? No? Well, they should! 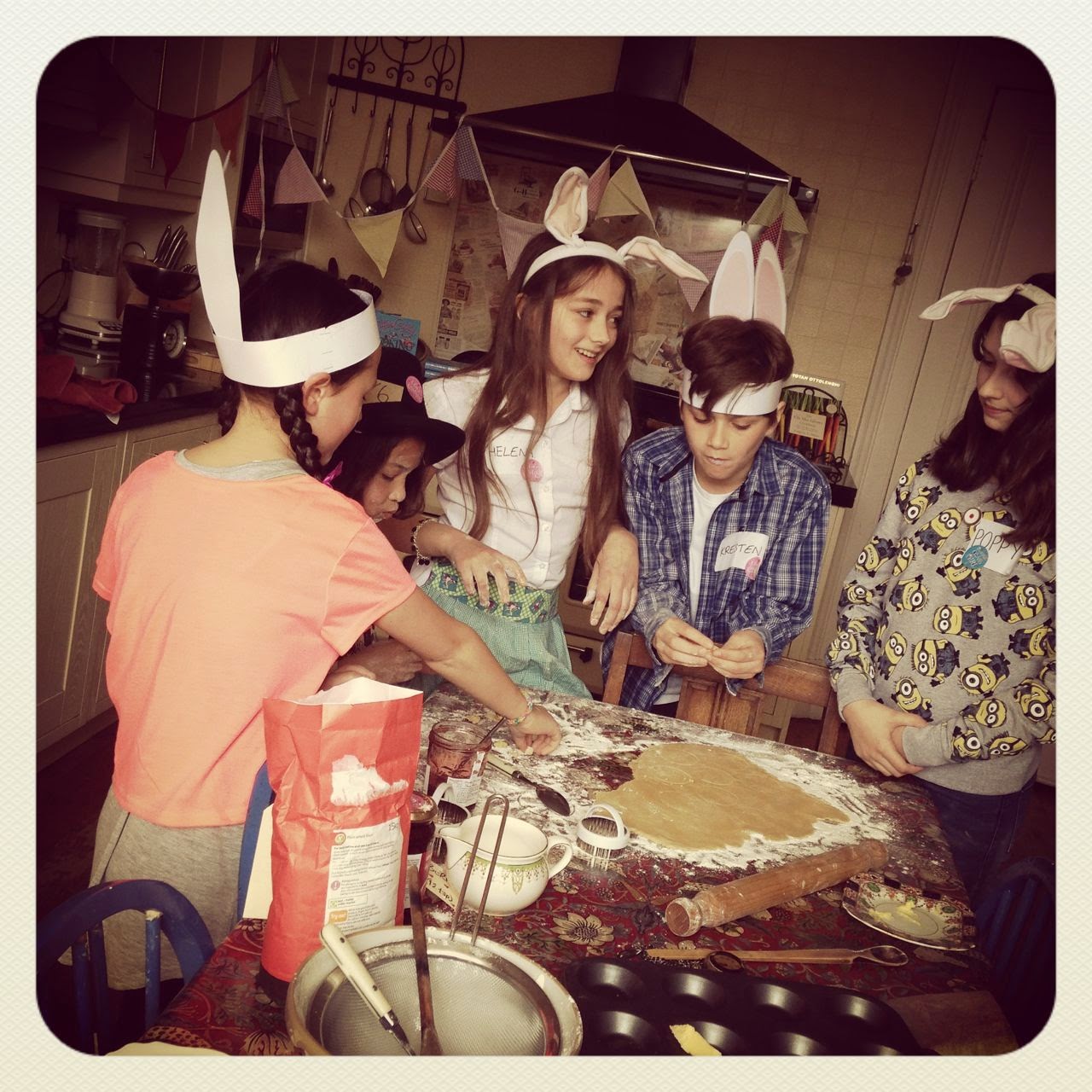 The best part about having my kitchen invaded was that I didn't actually have to do any work… I just had to supervise a bit! At one point, I got to chill out with a book and a real live white rabbit (one of my rescue rabbits, Donovan…) for a while. This was possibly a good thing… there was a LOT of shrieking and giggling from the kitchen, and a lot of flour everywhere. Well, we made our pastry from scratch, obviously! 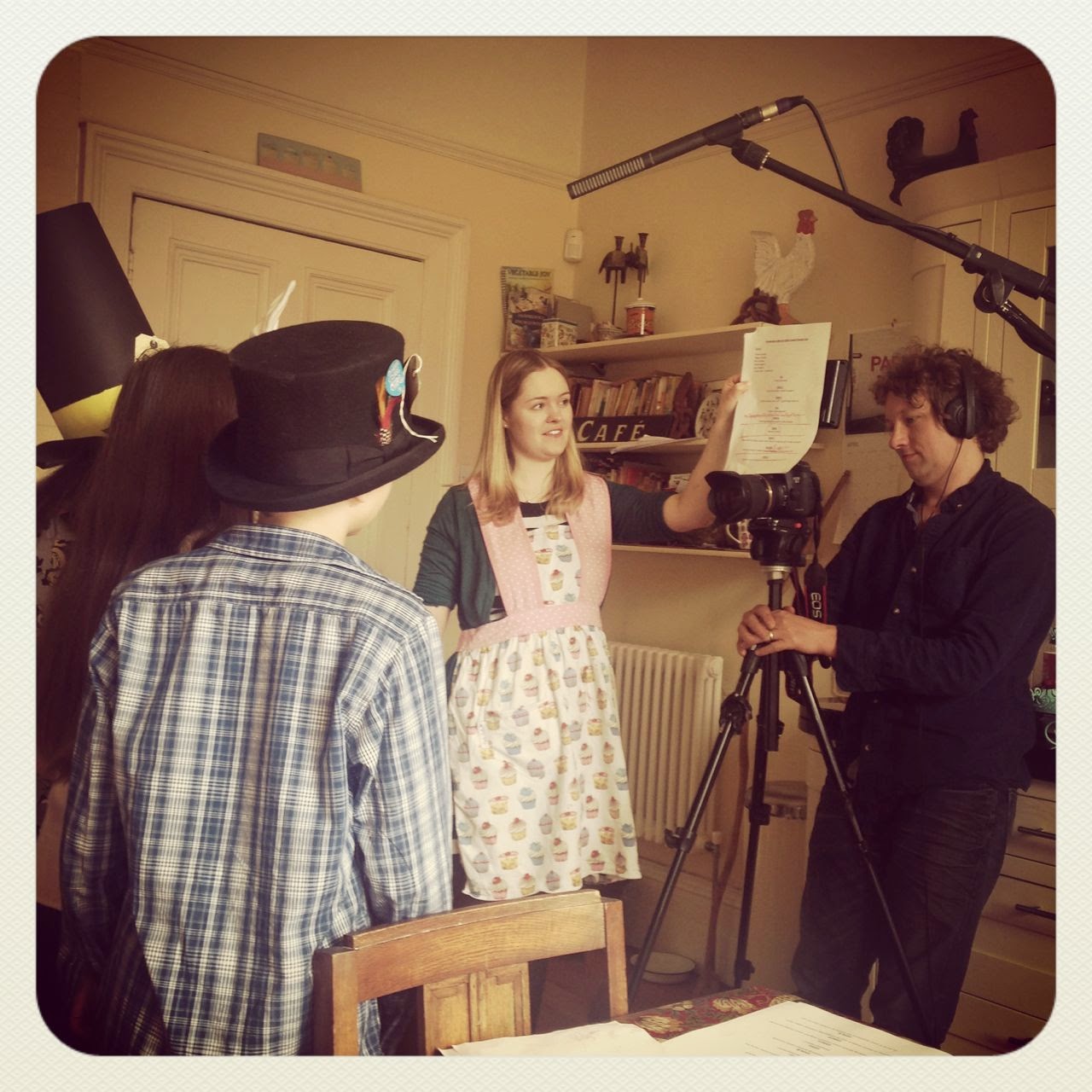 After sitting with my feet up for a while… ahem... I mean, after working hard in the kitchen for a while… I got to test the jam tarts. They were yummy. Acer had been 'testing' the jam as he went along, and he 'accidentally' snaffled the last jam tart too… they really were that good! Not bad at all, considering there were so many people in my kitchen - plus a film crew! If you'd like to see the finished film, it will be shown as part of my Cathy Cassidy Puffin Virtually Live podcast on May 19th at 2pm. Schools can sign up to watch the show live (most of it WILL be live, I'll off to London to the awesome Sadlers Wells theatre to do that bit!) for FREE. Just tell your teacher to click the link and sign up to watch! It's especially perfect for primary schools, so spread the word and make sure YOUR school is part of the fun!

Schools can sign up here to watch the live podcast… http://www.puffinvirtuallylive.co.uk/index.php

Or take a sneaky peek at the jam tart film here!  https://youtu.be/rJ2ZbxHhhZo
Anyone want the jam tart recipe? COMMENT BELOW to let me know…