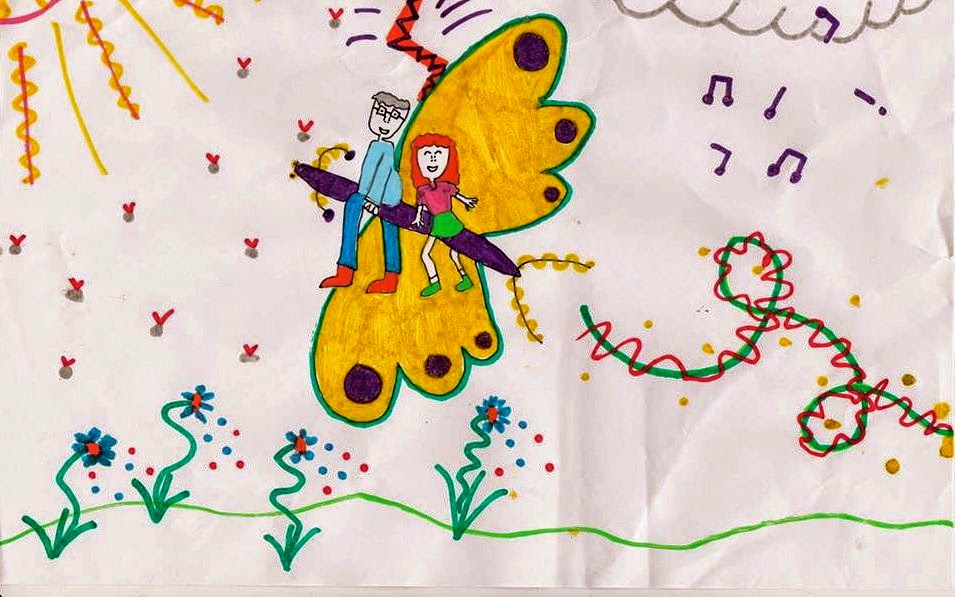 Kate says:
When I was little we lived in the country and I believed that fairies lived at the bottom of the garden. I even saw one, once - nothing will convince me it didn't happen. I used to leave them presents, letters and flowers and sometimes I'd find things left in return. Looking back, you could say I read too many books and had too much imagination, but I'm not so sure. I wish I had that kind of imagination and trust these days. Growing up means losing some of the magic, I think.

Autumn says:
Best memories? Playing in the park with my brother Toby - we'd climb trees, build bridges across the river using rocks, play football. On one occasion we had a mud fight - Mum was furious! I also loved walking home from school with my old cat Mau. He'd walk out to the old churchyard to meet me, and then trot home beside me as I told him about my day…

Abi says:
When I was about eight, my dad took me out to a nice restaurant around Christmas time. The lights were all on and the sky was flushed with beautiful reds and blues, and purple and orange lights were dancing off the canal. It was beautiful. Sadly, my dad died two years after. I love the memory because even though Dad was sick and in pain at the time, he took his eight year old daughter to see something she'd been dreaming of. Miss you Dad, so much.

Soumia says:
Visiting my grandma in the countryside… my sister and I would go outside and pick the berries from the trees for her. I remember there was a wooden bridge we had to pass and I used to get so scared because it was kind of old and I worried it might fall… but it was my favourite adventure ever. I wish my gran were still alive.

Niamhie says:
Best memories… I am stuck between building dens in the hay bales in granddad's barn and tearing my ankles on brambles as I ran through the forest with my friend and watched through the trees to see the tractors passing by. Most of my favourite childhood memories were things we did outside with a few sticks and bits of timber… kids today are really missing out!

Cathy says:
What are YOUR fave childhood memories? COMMENT BELOW and have your say!
at May 01, 2015