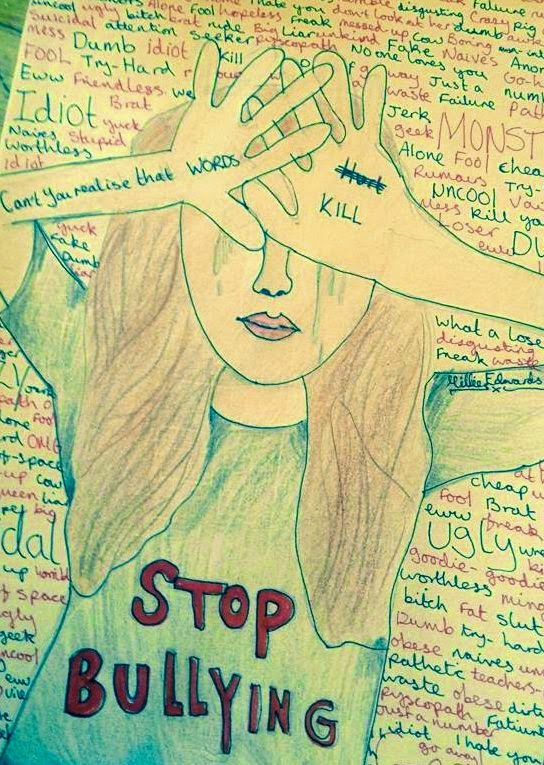 JJ says:
When Sara  started at our school, she seemed nice… pretty and clever and a bit different from the usual. She'd lived in London and her life sounded very cool and interesting. I liked her, but maybe she was fitting in too well because soon the others began to bitch about her, saying she was stuck up and vain. My friend Taz was really put out by Sara - she was jealous, and her snippy little comments began to turn everything sour. She thought Sara was a liar, and the more she went on about it the more it seemed that some of the things Sara was saying didn't add up. I felt sorry for Sara, but I didn't want to lose my friends, so I went along with it.

Soon it was our main pastime, picking on Sara. She withdrew and became a bit of a loner, but Taz was enjoying the hate campaign too much to stop. Sara just took it… she was quiet and never answered back. Her face just sort of closed down and I wondered if she had been bullied before. She acted like a victim, and in a horrible way that made it easier to pick on her. If she had challenged us, maybe we'd have stopped… or maybe not. When Sara stopped coming to school, we went on her Instagram and posted nasty messages, I mean really nasty. I don't like to think of it now, but I was a part of it, even though I knew it was wrong.

It stopped when we were all called to see the Year Head. Sara had told her parents about the bullying and we were all in massive trouble. Our parents were called in and we were pulled off the school exchange to France we'd been due to go on. It's a black mark on my school career I can never wipe clean. Sara never came back to school. She had been bullied before, and Taz was right, a lot of the things she had told us weren't true, but I knew in my heart she'd only lied to try and be accepted. We could have been her friends, and instead we tormented her. We probably destroyed her confidence and hurt her loads. I know that what we did was cruel and I can't believe I went along with it. I will never forgive myself.

All names have been changed.

Awesome illustration by reader Millie - such a powerful message. Thank you!

Cathy says:
It's hard to read JJ's account of bullying from the bully's viewpoint. Do you think JJ could have acted differently? Would YOU have dared to go against your friends? COMMENT BELOW to have your say.