MAKE A SPECTACLE OF YOURSELF!

Readers with glasses share their stories... and tell all on the ups and downs of wearing specs! 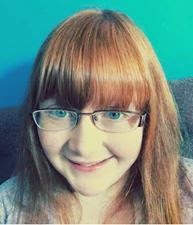 Stephanie says:
I first got my glasses in Year Eight when one of my teachers noticed I couldn't see the board properly and recommended I see an optician. I found out I was short-sighted! I have been through quite a few pairs over the last couple of years as my eyes change and I need a new prescription, but I do love wearing them; when I clean them, they make everything look crystal clear. I even have a pair of sunglasses with prescription lenses too! Overall, glasses are fine - just don't knock them off your bedside table at night as it's difficult to find them in the morning!

I got my first pair of glasses in 2012 when I was in Primary Six. I went into Specsavers with my two brothers for our regular yearly check up and I was very shocked when the optician told me I would need glasses. I hadn't noticed a problem and I was an avid reader - but it turned out that was part of the problem - I had strained my eyes by reading in the dark after I'd been told to go to sleep! I was very upset at first but I soon got used to the idea and I actually really like my glasses; I still have the same pair now.

Katie says:
I have been wearing glasses since primary Four - I was eight. I am very short-sighted and need to wear them all the time. I used to wear horrible, thin metal ones but now i have black plastic 'nerd' glasses which i really like. I get bored calling them glasses so I call them spectibobbles... just for a laugh! I hate it when they get dirty and I can't see out of them - I am always forgetting to clean them, so that happens a lot! 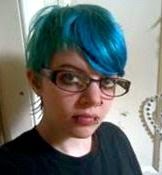 Blue says:
I'm meant to wear glasses but rarely do... I can't see with them on for some absurd reason, and they pinch my nose and leave red marks. Plus, they don't fit behind my ears as that space is already occupied by my hearing aids. Glasses don't really work for me, but if the glasses fit and help you see, then they're fine...loads of people wear glasses now, half of them by choice - it's a style decision for lots of kids!

Matilda says:
I started wearing glasses at ten. At first I didn't realise I needed them - I just knew I couldn't see clearly and I began to get yelled at a bit as a consequence as people didn't understand why I was getting things wrong. So... I got my eyes checked out and yeah, I ended up with glasses. I wanted to try contact lenses at first, but I have sensitive eyes and if I do try wearing contacts I end up with an eye infection, which is not so good! I'm used to the glasses now though and a lot of people say I look prettier with them, which is cool by me!

Skyla says:
I've had glasses for about ten years - I have about four different pairs and I do have contact lenses also. There was a time when I felt quite self-conscious in glasses - I love the geek chic look and some of my family didn't approve - but now I feel my glasses are a big part of me and of my look. I'd be lost without them! My fave pairs are a pink 'Kitty' pair and I love my black 'Red or Dead' paisley patterned ones too! 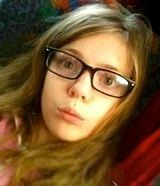 Rebecca says:
I hadn't really noticed I needed glasses but a routine eye test showed I was short-sighted like my mum. It took me a while to choose my frames... I tried on about ten pairs and finally picked these. When I went back a week later to try the frames with the lenses, it was amazing - like a whole new world. Everything looked different and better. I picked a case with leopard print on and that was that. A month or so on, I now feel weird without my glasses... they're a part of me.


Latifa says:
I hate it when someone thinks it's funny to test my glasses to see if they conduct electricity - seriously disturbing! And sometimes, if I take them off, people comment that I look odd - they're just so used to seeing me wear them!

Shavonne says:
I have dyspraxia and dyslexia; therefore I wear coloured glasses when I a reading as they stop the words from moving around!

Claire says:
I've been wearing glasses for ten years and I'm blind as a bat without them! I have black 'Bench' glasses which I love and I do wear contacts sometimes, too! 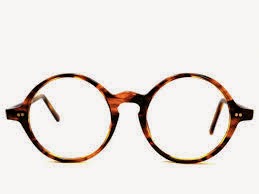 Zenna says:
I've just started wearing glasses - I think I'd needed them for a while, which annoyed my mum a bit. I like my glasses, but a friend recently said they looked dumb and stupid which hurt me.

Laura says:
When I was little I really WANTED to wear glasses to be like my parents and sister who wear them! Then I had to wear glasses part time, but wasn't keen on them and didn't always wear them; sadly, over time, my eyes have worsened and now I wear glasses full time. If I don't, I get massive headaches - not fun! I have just got new frames and I love them - so cool!

Jess says:
I've had glasses since I was four. I wear them all the time (apart from when I'm sleeping) and I don't mind at all. I tried contacts for a while but went back to glasses as they are easier!

Do YOU wear glasses? What are your best/ worst things about it all, and how did you find out you needed them? COMMENT BELOW to share your story!
at November 09, 2014