YOU CAN MAKE A DIFFERENCE...

Some of you may have read on DREAMCATCHER about a campaign I have been part of, to stop the closure of eleven Liverpool libraries. Has this story got a happy ending? 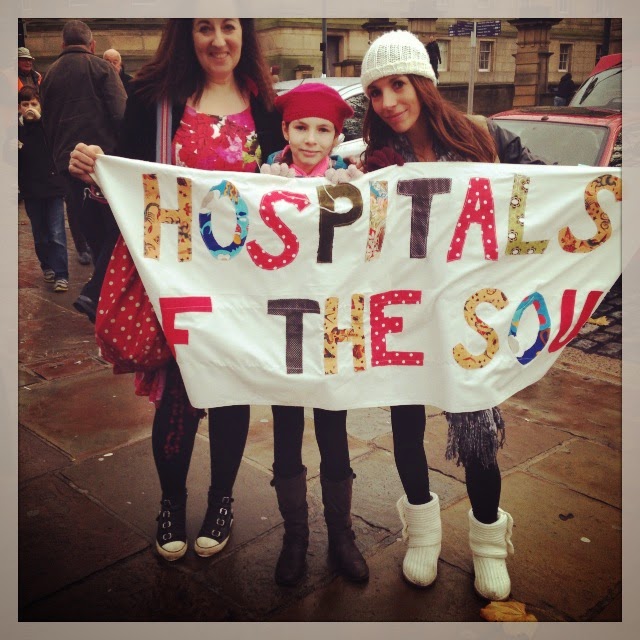 Cathy says:
On Monday 10th November the Mayor of Liverpool went onto local radio to announce that all eleven of the threatened libraries would stay open. This is an amazing turnaround, marred only by some very nasty comments about the campaigners and an insistence that they had not influenced his decision in any way. I think it's safe to say, though, that the amazing people who worked together to try to save the libraries have done just that! Eleven year old campaigner Elysce created an online  petition which gained over 3000 signatures in a few weeks. She also encouraged her school to write 'love letters to Liverpool libraries' which were sent to the mayor to ask for the libraries to be saved. I caught up with Elysce to see how she was feeling about the library news! 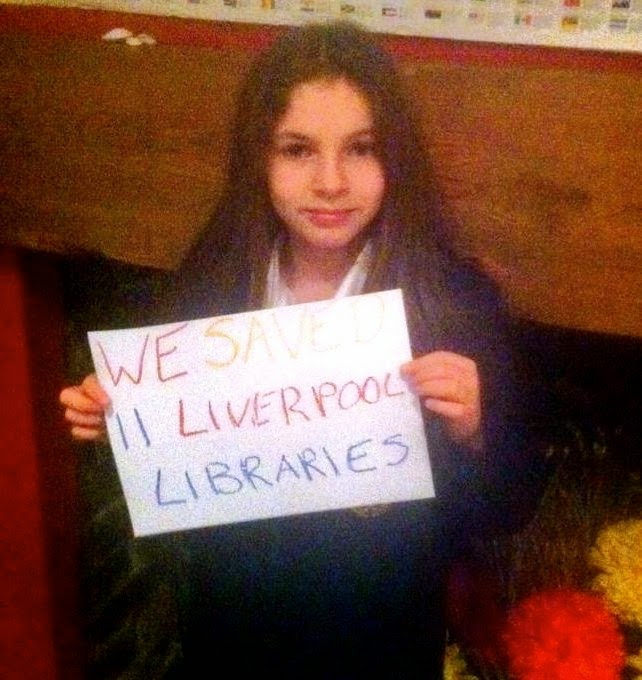 Elysce says:
I wasn't sure when I first got involved whether I would be able to keep the libraries open, but I was hopeful that the Mayor of Liverpool would listen to everyone and understand that libraries are not just buildings. I didn't think he would break our hearts.
My friends and family were all very supportive. Some of my friends at school helped me to collect lots of signatures from classmates for my petition. My nanna also asked all of her friends to sign the petition and got lots of people to support me. It was a challenging thing to do, though. It was not easy to speak in front of so many people at the first demonstration, but I did it. I was also very nervous when I was interviewed for the radio, but it was all worth it, and fun as well! 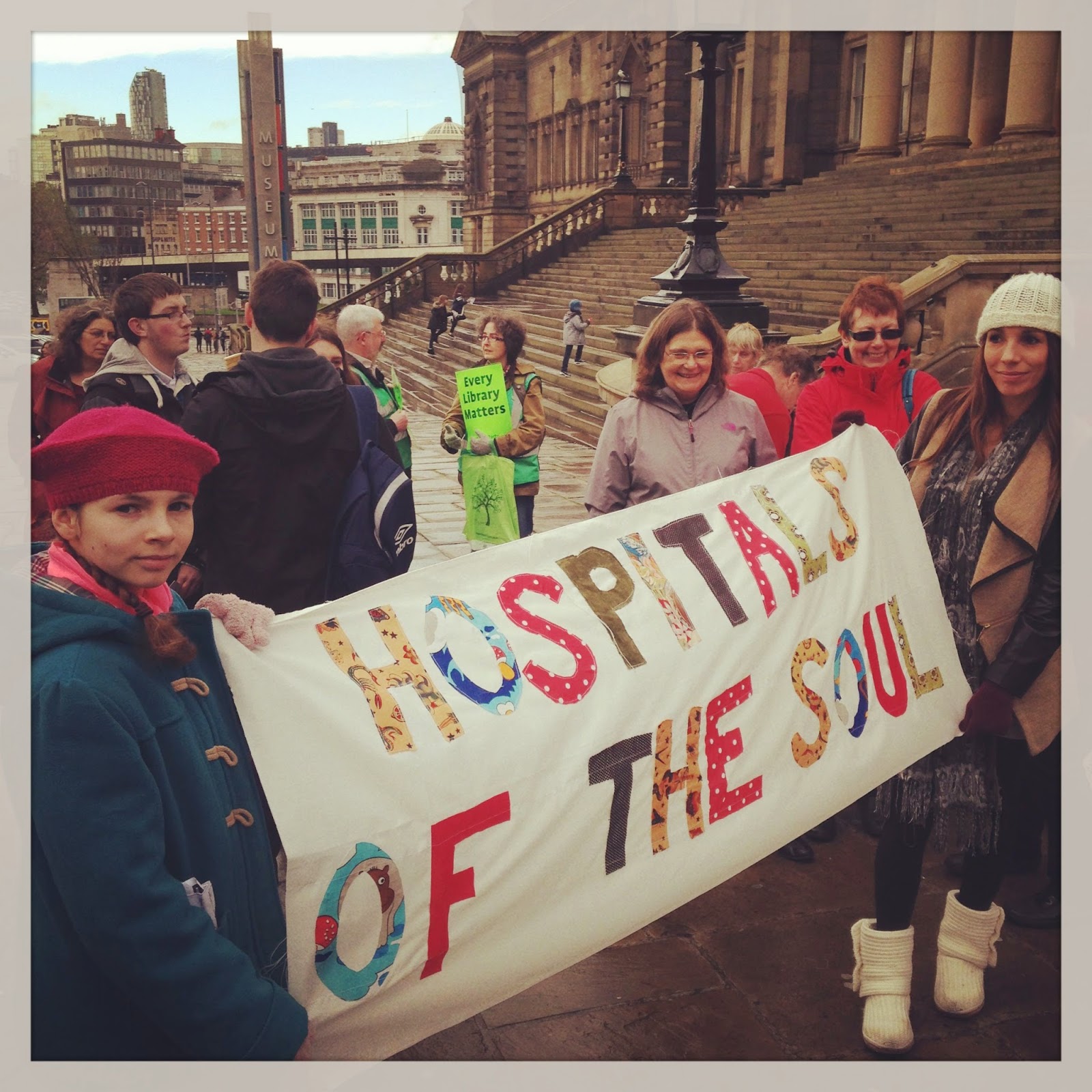 I was overjoyed to hear that the libraries have been saved. I couldn't believe the mayor had actually listened to us. I am so proud of myself and of everyone who took part in helping to change his mind and make him realise that libraries are important to people in Liverpool. When I heard the mayor was being nasty about the protestors, I was outraged. He had constantly said the libraries were closing and that there was no money to save them. I think if we had not all stood together and made our voices heard, he would have closed the libraries so he is wrong to say the campaign made no difference. I was also very upset when he insulted the authors who helped us, that was really mean. All they have done is work hard to save our libraries.

I have learned a lot from this experience, but sadly one of the things I have learned is that people are not always truthful. Mostly, though, I have discovered that if you put your mind to something, you can make it happen. I have gained the confidence to believe that I can really make a difference.

Cathy says:
What would YOU campaign for if you thought you could make a difference? COMMENT BELOW to tell us!
at November 16, 2014