I asked readers to tell me their all-time favourite fictional character… and here's what they told me!

Kiera says:
My fave fictional character is probably Niki Maxwell from the Dork Diaries by Rachel Renee Russell because she is an ordinary teenage girl with a lot to say and a story that leaves you in utter shock. Such as… when Mackenzie Hollister (her enemy) does something awful to humiliate poor Niki; or when she has to cope with a big surprise from her best friends Chloe and Zoey, for example. Niki is just an ordinary girl trying to make her way through high school and get it over and done with… she can also relate (a little) to other people! The books are great and the character of Niki is just brilliant! 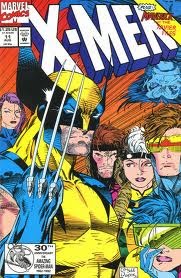 Jasmine says:
My favourite ever character has got to be Remy Lebeau from Marvel comics… in X-Men and also his own issues. I've been obsessed with Marvel and with superheroes since I was young, but Remy (also known as Gambit) always stuck out to me. He is from New Orleans so I always imagined his accent when I was reading out his words. His personality also appealed to me. He was witty, sarcastic, flirty and such a bighead! He possessed the power to use kinetic energy and could transfer it into any object - usually playing cards as he was a gambler. Remy wasn't like the other X-Men; they were heroes and he was a thief trying his best to be a hero, which I found fascinating. He has always been a favourite of mine! 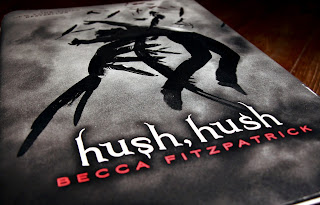 Jess says:
My favourite fictional character (not counting CC characters!) is Patch from Hush Hush by Becca Fitzpatrick. At first Patch seems quite scary, but he is a mysterious character with hidden, dark secrets… and by the end of the book, his secret is revealed... 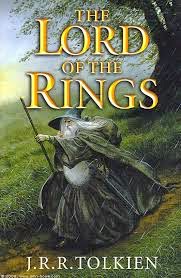 Lorna says:
There are a couple, but Eowyn and Faramir from Lord of the Rings by JRR Tolkein are probably tops. They are a perfect couple. Both saved each other; Eowyn became the woman she needed to be and Faramir was allowed to let go of his issues. Both are beacons of hope. I also like Faramir's view on war: 'I do not love the bright swords for its sharpness, nor the arrow for its swiftness, nor the warrior for his glory. I love only that which they defend.' Perfect!

Manda says:
Favourite… fictional… character? What, like just ONE? Out of all fiction ever in existence? SERIOUSLY? You would actually do that to me? OK, OK, I'll try. There's one character that's pretty awesome… oh, wait - that other one - no, hang on, what about… BRAIN EXPLODES. HEART EXPLODES from fictional character love. I can't do this anymore… don't make me choose… please, no, I can't do it, please don't make me! *hysterical crying* *runs away to corner to snuggle a random assortment of at least, like, thirty characters... 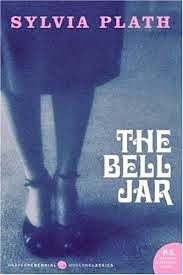 Blue says:
For me it's Esther Greenwood from The Bell Jar by Sylvia Plath. She is an older, American version of me, so I feel very close to her. But… there are also the Baudelaire children, Violet, Klaus and Sunny, from Lemony Snicket's A Series of Unfortunate Events… they are so charming and resourceful and I just want to hug them and give them cake and tell them I will never let Count Olaf hurt them. And then there is Amelia from Handle With Care - she has blue hair! And Jacob from House Rules… he reacts to social situations the same way I do. Oh no, I can't choose… retreats to Manda's corner, sobbing and holding my favourite characters. Except Jacob. He doesn't like to be touched.

Cathy says:
Wow… I love these posts! One of my favourite books is listed here, too… can you guess which one? COMMENT BELOW to tell us YOUR favourite fictional character!
at November 27, 2014