THE BEST OF FRIENDS...

Friendship is the glue that holds our lives together… no matter what our age! 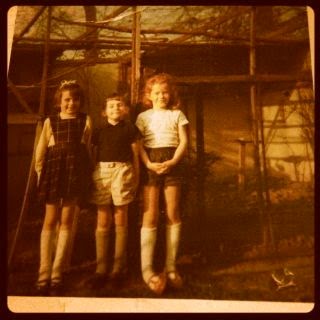 Cathy says:
I've been thinking a lots about friends this year. Some of my best and loveliest friends have had big birthday parties this year, and going to each party has meant re-connecting with other old friends and even making new ones. I feel very lucky to have such amazing people in my life, because although these lovely friends are spread out all around the UK and beyond, they mean the world to me. And as a shy, lonely teenager, I felt like I might never meet people like this. 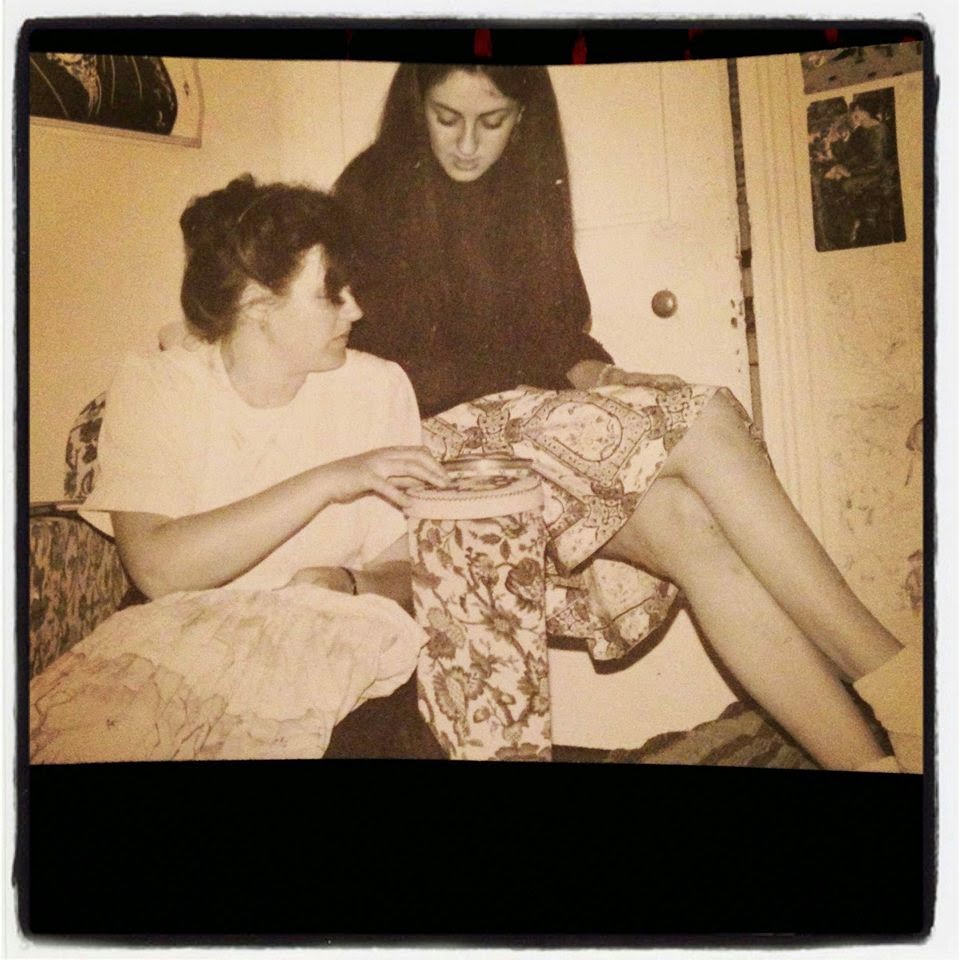 As a child, I was outgoing and confident… I had plenty of friends both at school and in the streets around where I lived. My first friend ever was Keith, the boy next door - that's him in the photo above, with me in a the tartan pinafore dress and his cousin Penny in the shorts. I remember really envying her beautiful red hair! Secondary school was harder… I had friends, and I'm still in touch with some of them, but I felt very shy and on the outside of things a lot of the time. By the time I got to art college, things were looking up, and I made some fab friends at that time. My best friend in those years was Lesley, one of a bunch of awesome young people I shared a student house with. Lesley taught me loads and I was devastated to lose touch with her in my mid twenties. Years later she tracked me down and we have stayed in touch ever since, mainly via the internet because she now lives overseas! In the picture above, Lesley is sewing something… and I have crimped hair! Some things never change! 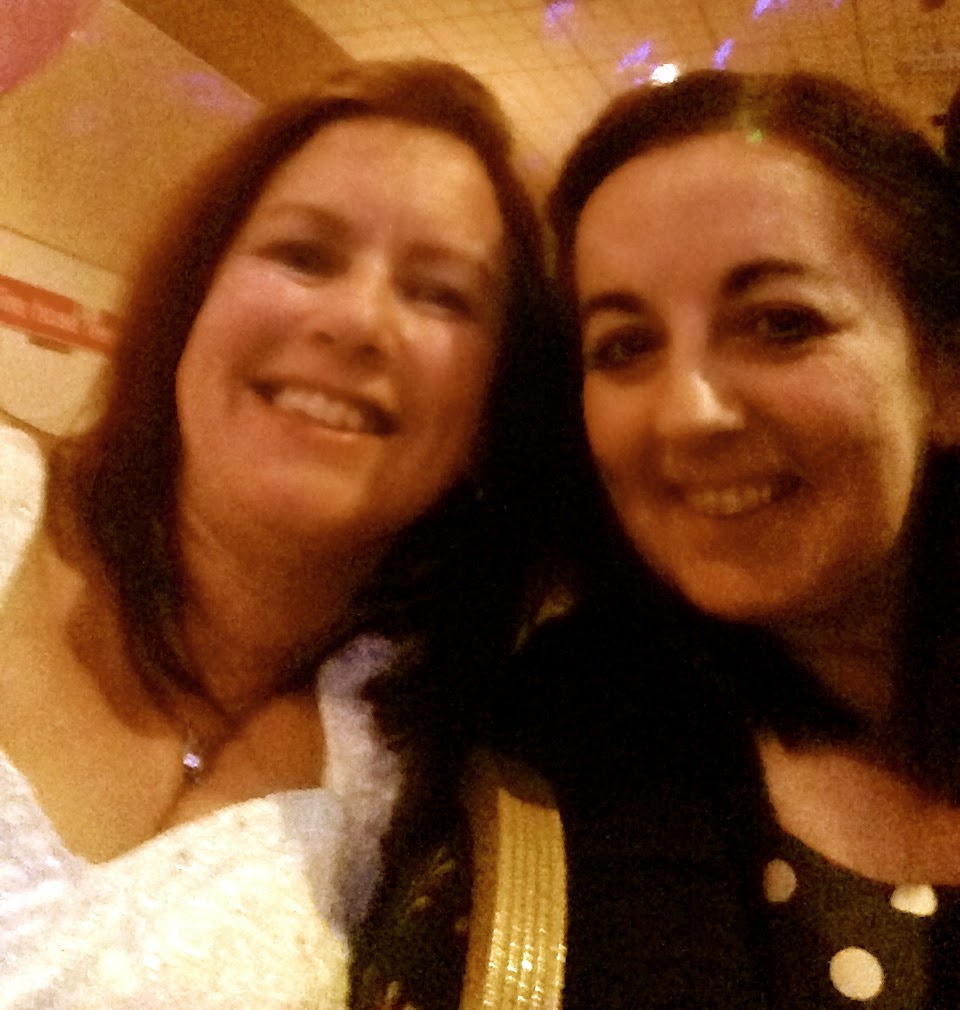 I met Helen, one of my best pals ever, on the day we both started work as teachers… she was teaching physics and I was teaching art, and we got chatting at the bus stop after school and bonded over hot chocolate fudge cake at a cafe in town. Although we no longer live in the same place, we see each other lots and I was lucky enough to be at her wedding (a second-time-around one) and birthday party this year. Then there's Sheena, who I met through another pal, and who quickly became a best friend also. 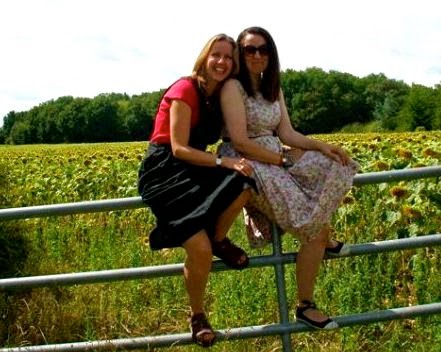 She is a silversmith and now lives in France, but she means the world to me. One of my best pals when I lived in Scotland was Jessie - I am writing this in her house because I'm visiting for her party tomorrow! We live a long way apart now, but I know we will never lose touch. Other birthday party girls this year include Fiona, whom I've known since our days working on Jackie mag together, and Denise, an awesome Irish artist I have also know forever. There are so many lovely people I am lucky enough to call my friends… and I know that their love and support has got me through the hardest of times. So if you ever wonder if you're going to meet the 'right' friends, or find people who understand you… don't panic. You will, if you're open and honest and willing to give as much as you take. Friendship isn't always forever, but it can be… and it's one of the most important things in my life. Naaawwww...

And… the good news is that the wonderful MY BEST FRIEND ROCKS comp is going to be back and better than ever for 2015… yay!!! COMMENT BELOW and tell me why YOUR best friends are fab… and watch out for the comp next year!