Reader Jessica tells us about the part the Brownie/Guides movement has played in her life - and why you might like to give it a try!

Jessica says:
Guiding is a massive part of my life, and has been since I was seven, when I first joined the Brownies along with one of my best friends. I remember feeling unsure about it all, but I went back all the same! The night I made my Brownie promise was so much fun - I did it on a local hospice bus, which has to be one of the weirder places I've seen to make a promise!

Brownies was amazing, but it was Guides that really showed me what I could achieve. I moved up from Brownies to Guides at age ten. My unit meets at out local outdoor centre, which is only for  Girl guiding. We have an indoor space there, but also a huge woodland, a natural hide, a shop, a zipwire and an adventure course. In the summer, we play rounders and football, and sometimes go outside to listen to the owls. This year, we actually worked out where their nest was, which felt like quite an accomplishment! 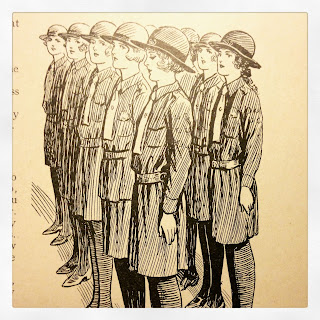 Two summers ago, I went on an international camp called Peak 2015, which was held in the grounds of Chatsworth House in Derbyshire. It was one of the most incredible experiences of my life - there, I tried activities like branding, balloon modelling, archery and abseiling. I also conquered my fear of heights, which I was so proud of. I am now the oldest in my unit and help out at at my old Brownie pack which is lots of fun! I am also working towards one of the highest accolades a Guide can achieve, the Baden Powell Award. Guiding has been life changing for me - it has shown me that I can do anything and be whoever I want to be. If you are unsure about trying it, please do - there really is something for everyone there, and it can take you anywhere.