Readers share pics of their favourite shoes... and tell us why they're so special! 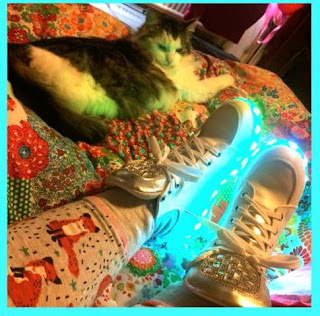 Luna says:
I got these shoes from ebay... they came from China and cost £32 which is more than I'd usually spend on shoes, but they light up, so... bargain! They have a little cable that you use to charge the battery on a laptop and there are switches inside the shoe so you can change the colours or make them flash! I love the different colours, as you can change them to go with your outfit, and I love the hi-top trainer style as I'm into 80s hip hop music and fashion. These are the kind of thing people dreamt we'd all be wearing in the future! I'll wear them to go out dancing with friends, but I think they'll be talked about by just about anyone who sees them. Also, my cat is mesmerised by them! 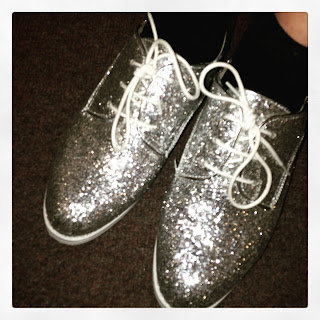 Eleanor says:
I saw the shoes in Topshop before Christmas and loved them, but they were too expensive so I didn't buy them. A couple of weeks ago I went to see what was in the Topshop sale and there were the awesome shoes - just one pair left, and in my size! They were reduced to only £7 so I knew I had to get them! I love shoes - they're my 'thing'. I tend to plan outfits around my shoes rather than the other way around and I have around twenty pairs - I've been building my collection ever since my feet stopped growing two years ago! They are the first thing I look for in a shop and the thing I am most likely to spend my pay on! 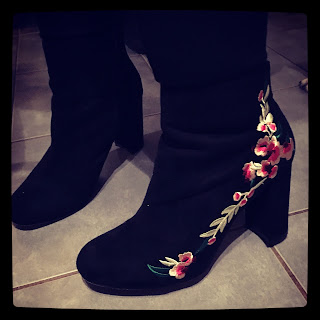 Neibh says:
I saw these embroidered boots in Primark for just fifteen pounds... I mean, I'd have been crazy not to have them, right? I love them - they are high and elegant but comfy too. They're just ankle boots, so they go with lots of things - including trousers - so they're very practical as well as pretty. I wore them to a New Year party and they got a lot of attention, so maybe they will be my lucky boots! I like that they are so unusual and have a folk-art feel to them, plus they're bang on trend which is always a bonus! I wear a lot of black, so they are a great way of brightening up an outfit - just hope they wear well, because I have a feeling I'll be stepping out in them loads in 2017! 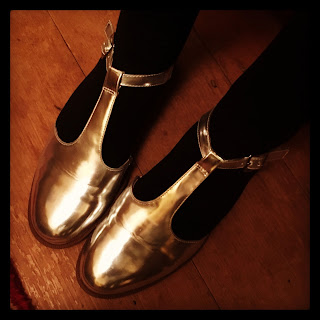 Jenny says:
These are my party shoes. I got them from Clarks a year ago - they  weren't for a special occasion or anything, I just saw them and thought they were fantastic. And they were reduced to £25, which was a bargain, so I kind of had to have them. They always make me feel great when I'm wearing them... like a superhero! I've had some great party times in these shoes, and they're not high so they're pretty comfy, too. Although they do catch a bit at the back, so I don't wear them all the time... even now I'm still breaking them in! I wore them once to uni and a boy said he could see his reflection in them... #TalkingPoint

Cathy says:
I love these shoes... and the stories that go with them! Which pair would YOU wear? And what are YOUR fave shoes like? COMMENT BELOW to have your say!
at January 04, 2017