We asked you to share your memories of taking part in a Christmas play… and we got lots of lovely replies! 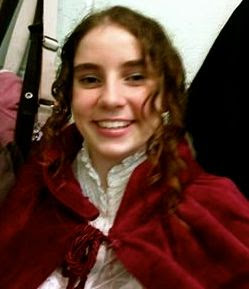 Lauren says:
I love being a performer because I get to put on someone else's shoes and walk in them for a while! I love being a part of a community and making friends with people I wouldn't normally have met. I've been in a few Christmas shows... Dracula The Panto; The Three Musketeers; and A Christmas Carol (the pic is from that one!). Christmas productions are always special as you get to help spread a bit of Christmas cheer and it makes Christmas that little bit more magical! 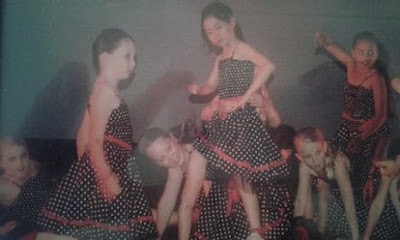 Yasmine says:
Christmas is always a special season for my family. Every year, my Hiphop Dance Academy performs in Christmas Spectacular, an event we have in New Zealand. Hundreds of thousands of people come to see the exciting shows, carols and fireworks! I love dancing so it's fun to take part in such a special event. Usually my friends and family are watching so it can be scary sometimes too! Each year we choose a new song to perform... a few years back it was Greased Lightning, and we had cool 50s outfits and red ribbons in our hair as you can see from the photo! As well as the Christmas shows, I do lots of community productions which help to build my confidence in the run up to the Christmas Spectacular. It's loads of fun and I love doing it every single year! 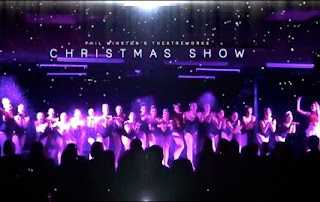 Georgia says:
Christmas is approaching - what better way to celebrate than with an end of term Christmas show? As a performer, I love being on the stage, so I was over the moon when college announced the show with just two weeks to prepare! It was very tough, but something a performer needs to be able to do. the excitement began here! Teachers began choreographing their numbers and it is honestly such an amazing feeling being put at the front - it shows that hard work does pay off and you get noticed by the teachers! When the big day arrived we had last-minute run throughs, polishing everything with the lights and surround sound. Everyone had their costumes on - a sea of red, white and silver flooded the college and as we topped up our make up and fixed our hair we knew it was almost SHOWTIME! The studio lights dimmed, bright lights flashed and it was time to hit the stage! I've been doing dance shows since I was two, so I don't really get pre-show nerves any more, more a buzz of energy ready to put my all into the piece. We were just about bouncing off the walls when we came off stage to a massive cheer from the audience! There truly is no greater feeling than doing what you love best, surrounded by the people that you love too! 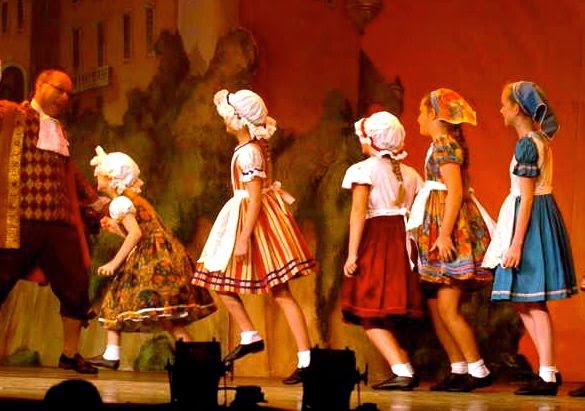 Emily says:
For the last few years I have performed as a juvenile dancer at the Oakengates Theatre and the Theatre Seven in the pantos Cinderella and Aladdin. I've danced as a villager, a dog. a skeleton, a mummy, a fairy and partygoer at the ball. It has been a great experience, and I got to meet lots of famous people, which was fun! I will definitely audition again next year - I've loved every minute of it and hope to do more in the future! In the picture, this is me on the right in blue… as a villager in the panto Cinderella!

Cathy says:
I LOVE this! Thanks so much to all who contributed... you're right, too, it isn't Christmas without a show! Have YOU been to see a Christmas production this year? Or even been IN one? COMMENT BELOW to tell us more!
at December 23, 2017