My lovely writer-pal Shirley-Anne McMillan has a brand new book out... and it's amazing! Find out more... 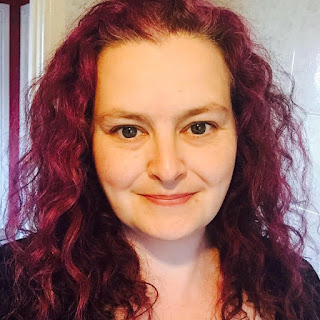 Shirley says:
One of the things I love most about having grown up in Northern Ireland is that I have met some really brave people. From people who have stood up to terrorists in their community, to people who have decided to be themselves in places that they know might reject them for standing out or being different. As an author I always want to write books about those people, because I want to be someone like that myself (some day!). In my last book, A GOOD HIDING, I created three characters who all had secrets that they needed to keep to protect themselves and other people. It was a story about what happens when you need to let other people into your life in very difficult circumstances. 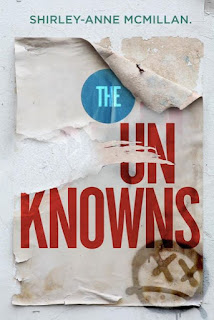 In THE UNKNOWNS I wanted to write about young people who have decided to deliberately stand up against racism and sectarianism in their communities. I wanted to write a story about how it is sometimes the most rejected people who lead the way because they understand what it's like to face bullies. I remember being a young person myself and going through difficult times. I felt like I had a deliberate choice to make: I could let the difficult thing crush me and make me angry and bitter forever, or I could use my feelings to empathise and stand with other people who were facing hard times.

I'm still trying to do that and I don't always get it right, but I think it's a good way to deal with life when things are hard. So I made up characters that would band together and be one another's chosen family, and together they face more difficulty than I have known - violence, and even death - as they try to help other people who struggle too. But they have one another as well. They have epic parties and they make brilliant art, and they care about one another. I know groups in Northern Ireland who live exactly like this, and it made me wonder... what if we all did?

THE UNKNOWNS by Shirley-Anne McMillan is out now.

Cathy says:
This book is top of my to-read list... I think you'll like it too! Have YOU read any cool books lately? COMMENT BELOW to tell us more!
at December 07, 2017