We asked for your favourite Christmas song or carol... and your least favourite one, too! Here's what you said! 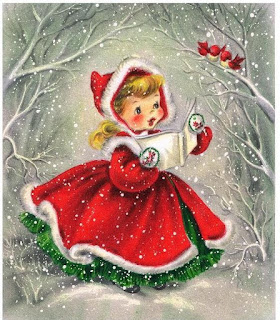 Carly says:
My favourite is Wham's Last Christmas... it has a special, bittersweet meaning for me. The song I hate is Slade's So Here It Is Merry Christmas, because you hear it EVERYWHERE in December and it's just so cheesy and lame! I don't know, I just don't like it... and the band seem a bit creepy and weird, even though I know that's just the style of things back then!

Rowan says:
My favourite song at Christmas is a carol, In The Bleak Midwinter. It was written by a Victorian woman poet called Christina Rossetti. It's very sad and moving and last year I was chosen to sing it at our school's Christmas carol service, which was a scary but unforgettable experience! I don't have a least favourite - well, maybe the Pogues' Fairytale of New York just because it is played so much at this time of year and you get a bit sick of it! 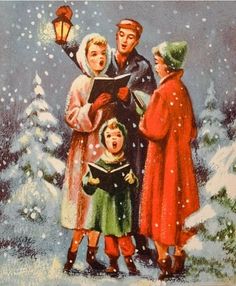 Marlyn says:
My favourite is Stop the Cavalry, an oldie by Jona Lewie. OK, it wasn't an oldie when I first liked it - which makes ME the oldie now I think, but I remember buying the single when I was thirteen and playing it to destruction. It's an anti-war song and I think it is more relevant today than ever!

Jennie says:
I am a Christmas song addict... I love everything about Christmas, the songs included. My favourites are Jingle Bells, White Christmas and Frosty The Snowman... I have loads of Christmas playlists with different versions of my favourites on. I don't have a least favourite... well, maybe some of the Cliff Richard Christmas songs, I suppose! 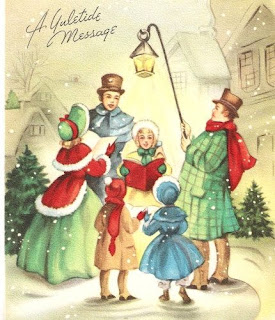 Tilda says:
It's a bit of a Marmite one because people either love it or hate it, but my favourite is Fairytale of New York by the Pogues. It's not Christmas without it! My least favourite is probably the carol Angels We Have Heard On High because I always hate singing the 'glo-oria' bits as they are way too high for me!

Molly says:
I have loads of favourites and they're mostly carols... everything from Little Donkey to See Amid The Winter's Snow to We Three Kings... and more! I know them all inside out because in our village a big group of us go carolling in the week before Christmas and it's magical. I've been going since I was about six or seven and I'm fourteen now. We collect money and send it to a chosen charity, and this year it's for UNICEF and the refugees which I think is a brilliant cause.

Cathy says:
Awww, love this! My favourite Christmas song is Greg Lake's 'I Believe In Father Christmas' - with 'Fairytale of New York' a close second! I don't have an unfavourite... they're all fab! What is YOUR fave carol or Christmas song? COMMENT BELOW to have your say!
at December 11, 2017