French reader Akemi is so crazy about the Chocolate Box Girls series that she posed for these amazing photos which bring the Tanberry-Costello sisters to life… how cool? 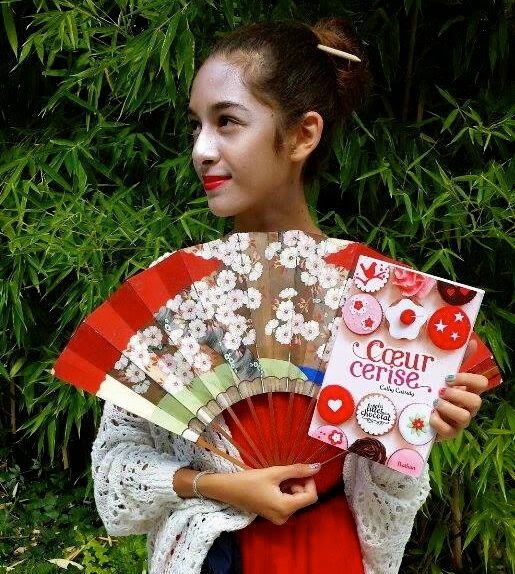 I live in Paris and I am almost fourteen years old. I am in love with the books 'Les Filles Au Chocolat' by Cathy Cassidy which have really caught my imagination. I am a very keen reader of the series and so I looked and found the Cathy Cassidy fanpage on Facebook. Although it is in English I liked to be a part of it and I can understand a lot of what I read there. 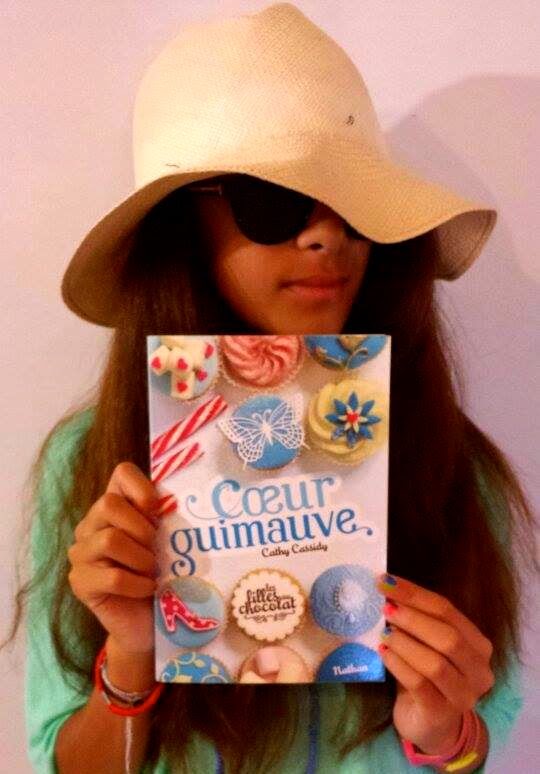 One day I saw that Cathy was asking her French readers to write reviews of the books for the DREAMCATCHER blog-zine. I thought I would like to take part.The question was to write a review of your favourite Cathy Cassidy book, but I could not choose a favourite. I love them all, and I liked to think of the characters, they seemed almost real to me. I decided that instead of writing about one book, I would make a video. My idea was to bring the sisters from the story to life. I began to look for clothes to make costumes for the girls and think of how to set the scenes. I made some plans and thought about how to create each character. It was fun to make the preparations for this! 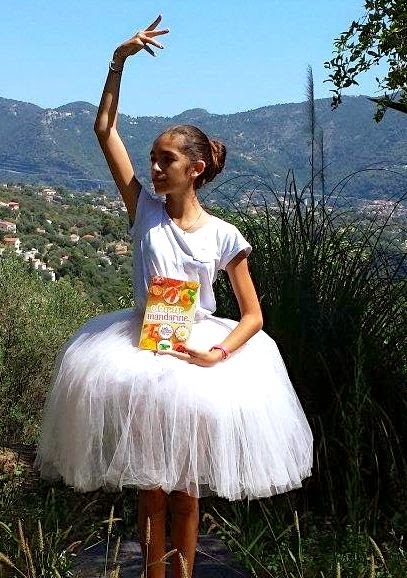 In the end, I did not make a video but instead I made a series of photographs which brought to life the characters of the sisters. I included the books in each photograph, as if the characters were holding their own stories. For Cherry's character I wore a red dress and styled my hair in a bun and added chopsticks. I held a beautiful Japanese fan, like the one from the story. I chose a background of bamboo leaves because it seemed to fit the story. For Skye, I wore a floppy straw hat and sunshades along with a vintage shirt. I kept my hair loose and hid behind the book for a mysterious look. For Summer, I styled my hair in a ballerina bun and wore a white t-shirt and a white tulle skirt, like a dancer. 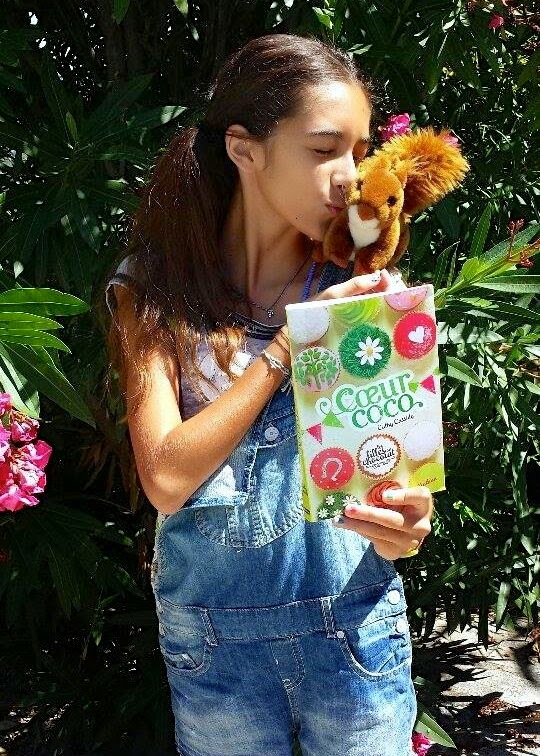 The photograph of Summer was taken outside also, with a view of the mountains and sky behind. Of course it was not Tanglewood, but I was trying to suggest the beautiful countryside of the story. For Coco's picture I had so much fun. I chose to wear dungaree-shorts and a t-shirt. I had my hair in loose bunches and perched a toy squirrel on my shoulder to show that Coco loves animals. Again, it is an outside photograph to show that Coco is a tomboy and an outdoors girl! My photograph of Honey was the the most fun of all to do. I wanted to recreate her life in Australia and make a photograph that showed what her life was like in Sydney. 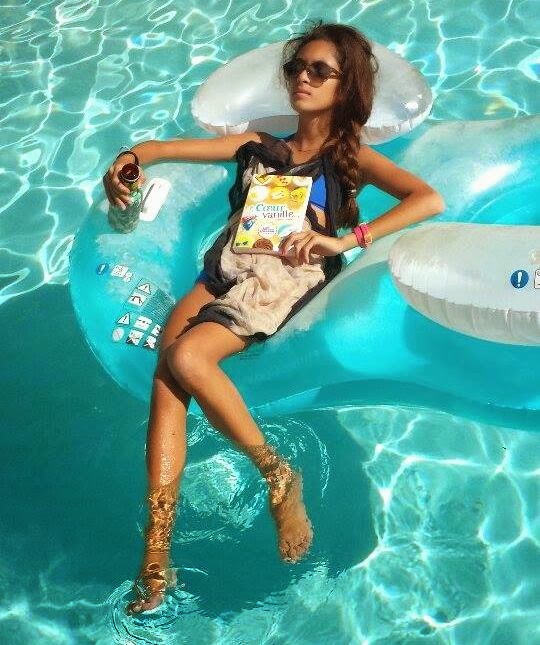 I used a lilo to float on in the pool. I wore a bikini and a sarong-scarf. I styled my hair in a loose plait and wore sunglasses and in my hand I held an ice-cool drink. I let my feet trail in the water. It made me feel for a moment just like Honey, before things began to go wrong for her. I had so much fun to make the photographs and when I sent them to Cathy she wished to make them a feature all to themselves on DREAMCATCHER. I was very happy. Becoming 'Les Filles Au Chocolat' for just one day was very cool.

Cathy says:
The creativity of my readers often astonishes and impresses me, but Akemi's photographs are something else… the detail and care she has taken to make each sister come to life is just awesome. Have YOU ever dressed up as a CC character? COMMENT BELOW to share your feedback for Akemi or let me know which sister you would most like to be for a day...
at September 06, 2014