WHO CARES? YOU DO!

Have you ever wanted to help someone in need, or cared so much for a cause that you wanted to raise funds to help? These readers did just that… 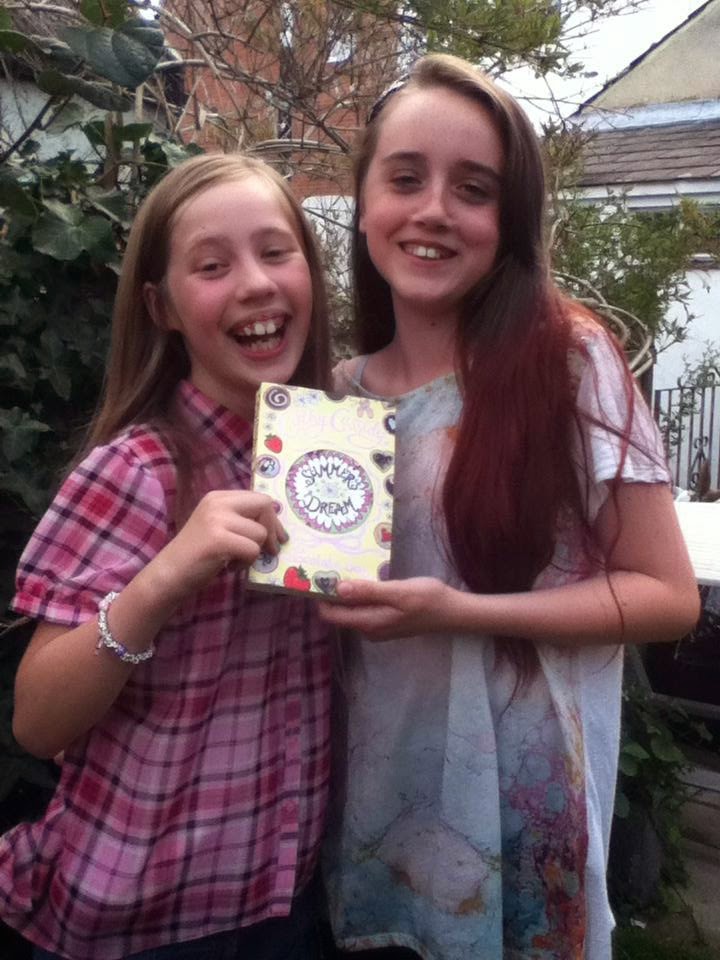 Kelsey and Scarlett say:
We heard about a girl at school with cerebral palsy who was trying to raise money to buy a new electric wheelchair. We had the idea of trying to raffle a signed Cathy Cassidy book to help raise funds, but by the time the book arrived all the money for the wheelchair had been raised. We decided to give the money to a charity that helps and supports children with cerebral palsy as well as other disabilities, so we contacted PARC, who agreed to auction the book for us. We started by wanting to help a girl we knew, but finished by raising money to help other children struggling with special needs and disabilities. PARC bring young people together and support and help them… we know they will use the money well! 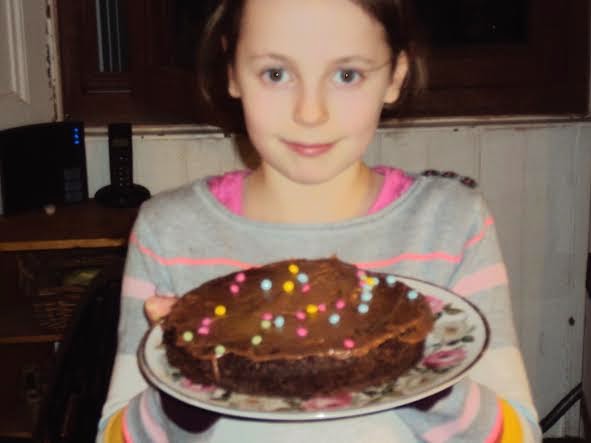 Olivia says:
I had a bake sale to raise money for charity. I was inspired by a feature I read on DREAM CATCHER, about the girl who wrote about hearing voices in her head; my uncle also has mental health issues, so I decided to raise money for a charity called MIND that helps people with these problems. I managed to raise £20.15 - as Coco would say, 'That's £20.15 closer to saving the world!' I live in Scotland and I'm just going into P6 where we do a scheme called JASS (Junior Award Scheme Scotland). I plan to do more bake sales when I start this. We are lucky not to be in a country that is war-torn or where people are starving, but there are still lots of things we can do to help others… and all of us can do our bit! 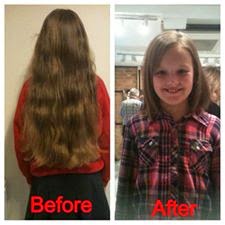 Jessie says:
There is a charity local to us called The Little Princess Trust, which makes real hair wigs for children with cancer.A friend of my mum's set up the charity when she lost her daughter Hannah to cancer a few years ago. All Hannah wanted was her hair back, so her mum and dad paid to have a realistic wig made. When Hannah died they set up the charity. I decided I would like to donate my hair to them, and get sponsorship too. I set a target of £200. We had a cake sale and asked family and friends for sponsorship, and also set up a JustGiving page on Facebook. We managed to raise £2100! The hairdresser didn't charge to cut my hair, so mum donated the £25 it would have cost as well. 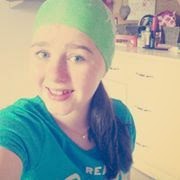 Ailsa says:
In the past two years I have swum the equivalent of the channel at my local pool, in a set amount of days, for the charity Aspire. I managed to complete the swim before the days were up, and raised a good amount of money for the cause. Aspire is a charity that raises money for people with spinal cord injuries. I have already signed up to do it again this year, and I plan to do it for as many years as possible. In the pic I am wearing the swimming cap we were given to help promote the swim! 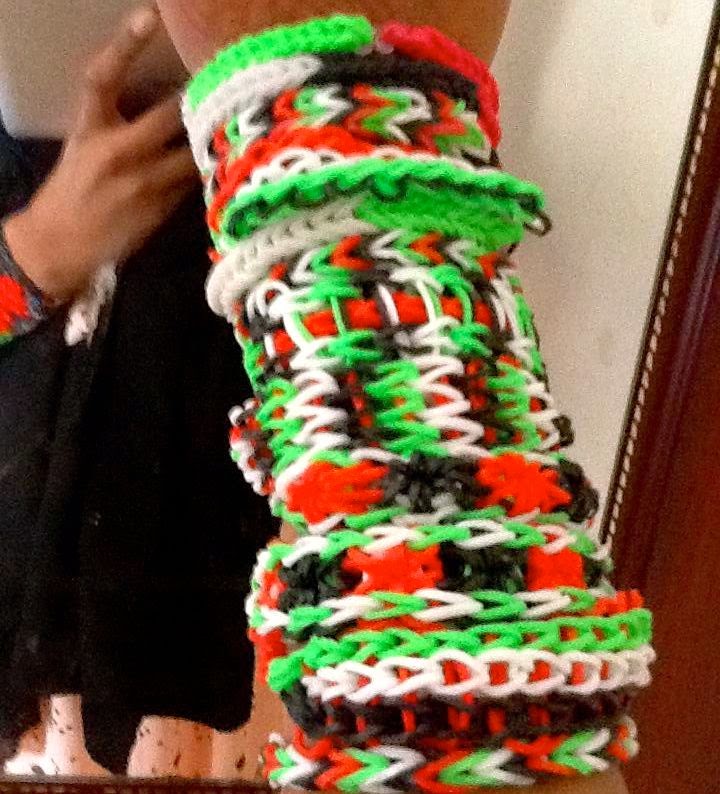 Sumaiyah says:
I made loom bands in the four Palestinian colours with several different designs and sold them in a local charity bazaar. I gave the proceeds to a charity which supports those suffering from the war in Palestine. I feel strongly about the crisis in Palestine and what is happening in Gaza: many innocent men, women and children… even babies… are being killed. Many families have lost their homes and need humanitarian aid. I hoped that by making the loom bands in the Palestinian colours, it would raise awareness of what is happening as well as raise funds.

Cathy says:
Wow… so many inspiring stories! Kelsey, Scarlett, Olivia, Jessie, Ailsa and Sumaiyah are an inspiration to us all… and prove that each and every one of us CAN make a difference if we only try. COMMENT BELOW to share your fundraising experiences or to show the girls how much you respect them!
at September 04, 2014