KIARA: I LIED ABOUT MY SUMMER ROMANCE...

Another in our occasional series of reader's problems… this time, reader Kiara has a question for CHERRY COSTELLO…

Kiara says:
I don't feel like I fit in at school - my friends seem to be growing up faster than me and are always talking about crushes and boyfriends. I know they think I am babyish. When we went back to school, they were talking about holiday romances. I don't know why I did it, but I blurted out that I'd had a holiday romance in Wales, where I spent three weeks in the summer. I just didn't want to feel left out, but the lie has spiralled out of control and they want more details all the time. They keep asking if he's written or messaged lately... they want to see letters and texts and messages, and ask why he isn't on my Facebook. I wish I'd never opened my mouth. 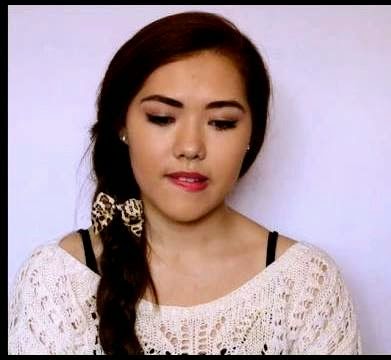 Cherry says:
Lies… they start out as a kind of self-defence sometimes, don't they? I used to make up stories about my mum when I was younger, and the things I said were things I wanted to believe - but they weren't true, and in the end it all backfired on me. I think people knew all along I'd been making things up, and it got to the point where they just didn't trust me at all. I've learned from that mistake and when I moved south to Kitnor I made a fresh start and drew a line under the 'little white lies'. It feels a lot better that way.

So… how do you get out of this mess? You have two choices. You can come clean and admit that you made up the holiday romance because you wanted to be like your friends. Let them know you're feeling insecure and unsure of the friendship these days… and that you wanted to regain their attention and interest. Truth can hurt - your friends will be upset that you lied to them and their trust in you may be dented, but if you explain why you did it they might just understand.

Your second option is to tell them your boyfriend has finished things, and that you'd rather not talk about him anymore. Yes, it's another lie… but it closes the door on the whole episode and allows you to keep some dignity. Don't be drawn into discussing things - just insist you want to put it all behind you, pretend it didn't happen.

Whichever choice you make, LEARN from this mistake and stick to the truth in future… your friends won't care how many boyfriends you have or haven't had, they like you for YOU. Remember that - and remember that lies lead to trouble. Good luck!

Cathy says:
Do you agree with Cherry's advice? What would YOU say to Kiara if you had the chance? MESSAGE BELOW to have your say!
at September 17, 2014