Do YOU have the best sister ever? Or does she drive you to distraction? We talked to some readers honestly about sisters… and how it feels when she isn't always on your wavelength! 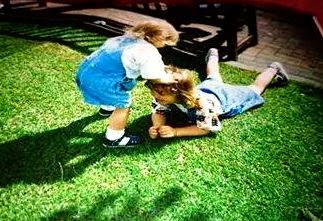 Blue says:
Don't get me started on big sisters! This is a photo Mum found of my sister and I as kids. If you think I'm mean for pulling her hair, you have to remember she stood on my face when I was a baby (explains a lot!). She also gave me the chicken pox that ruined my hearing and she spent the majority of her teenage years telling me I ruined her life by being born. My little brother is awesome, but my sister and I don't get along, even now. 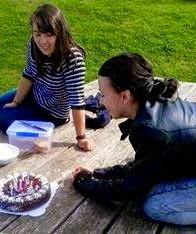 Marjolaine says:
I have an older sister, and I've always hated being the youngest - she's better academically, too! We used to fight all the time - Mum says we have the relationship of two young brothers, all rough and tumble! I still have scratch marks on my arms and she has teeth marks from where I bit her when I was six. We still fight a little, but not as much. When I started staying at Dads, she was the one who would protect me and act as a 'little mum' so that helped to bring us closer. I now consider her as a rather annoying friend - she'll waltz into my room shouting 'Onesie swag!' and take embarrassing selfies… 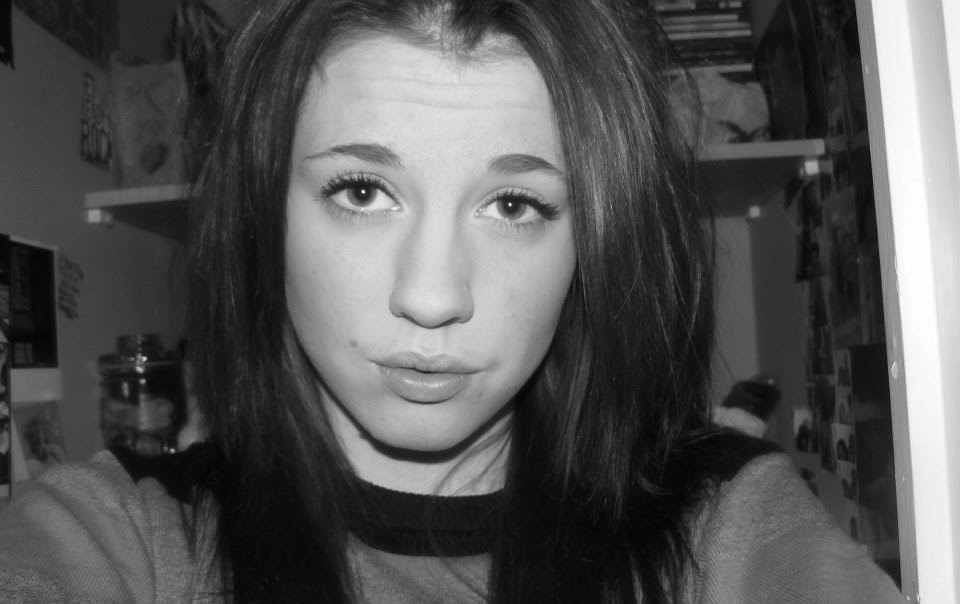 Ella says:
My older sister Maisie is not exactly my perfect picture of how sisters should be, She is just like Honey Tanberry - but worse! Yet ins spite of that, when I am upset or anxious - for example, when I started secondary school recently - she is always there for me with excellent advice. She's in Sixth form now, and I know I can rely on her if I ever need help. A lot of the time I hate her… but a lot of the time I love her, too! 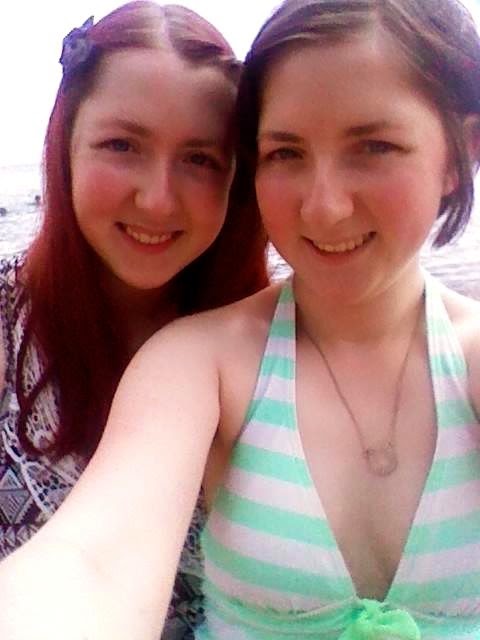 Emily says:
I have a twin sister, just ten minutes older than me! Sometimes we argue, but that's typical really… everyone argues sometimes, don't they? Most of the time we get along really well! We are interested in a lot of the same things, which is cool, and I have some of the best memories with her - we've shared so much. Sadly we now live an hour and half away from each other because we are studying at different universities. That's been quite difficult to get used to. We have always done everything together, and now we actually live in different countries! I do love having a twin sister, though. It makes life a lot more fun!

Cathy says:
I love these sister stories… even the less than perfect ones. I never had a sister myself, which may just be one of the reasons I wrote the CHOCOLATE BOX GIRLS series! Do YOU get on with your sister? COMMENT BELOW to let us know or to pass on your feedback to the girls!
at September 23, 2014