WHEN SCHOOL'S A NIGHTMARE…

School can be pretty awesome… but what happens when it's not? When we asked if any CC readers had ever dreaded going to school, we didn't expect quite so many responses. Here, some of the girls discuss their experiences… 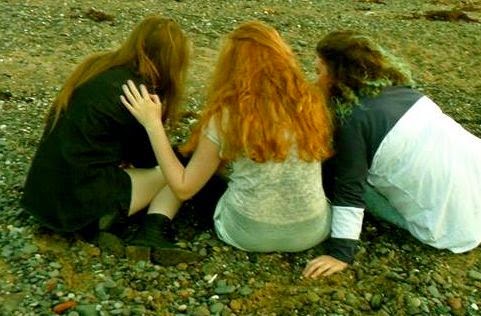 Gina says:
I hated school for ages when I was in primary because there was one boy who was absolutely horrible to me. I was small for my age and he'd chase me with sticks and twigs and once got me in a headlock with his arm around my throat. Luckily my mum was picking my sister up from morning nursery and saw him. She marched over and screamed at him, and I never had any bother with him after that.

Sandie says:
Bullying is the problem for me too, Gina. I'm in High School, but it's an exam year so I have to keep on going in. I put on a fake face to get through the day sometimes - not for myself, but for others. Other people don't need to see the broken person behind the mask. All I can think about is leaving school altogether… there's no other way out.

Karen says:
That sounds awful, Sandie. Have you tried telling a guidance teacher? For me it wasn't so much bullying… I began dreading school when my dad got ill. I was so worried about him I couldn't concentrate on schoolwork, and I'd get really anxious and have panic attacks. School seemed to trigger it, but thankfully things have eased off.

Ashleigh says:
I can identify with that. I have panic attacks and there was a time last year when I was only managing two lessons a day. It was everything - the bus, the lessons, the classmates. This year is making me feel anxious already, as many classes have changed around and there are some aggressive people in one  group. Last year I had what we called a 'get-out-of-class-free' card, which meant I could escape when I felt an attack coming on. I also went to maths club at lunchtimes and that helped… better than facing the dining hall. 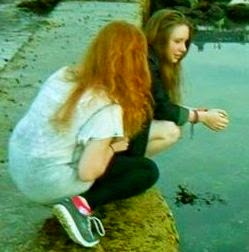 Lindsey says:
I'm having a problem right now. It started with a jokey comment - I thought I was being funny, but my friend didn't. I apologised the next day but she hates me now and has got all our mutual friends to blank me. I spend break and lunch alone and nobody wants me tagging alone. I'd rather be at home curled up in bed than at school and feeling so alone. I wish I could go back in time - I'd never have said anything.

Kate says:
Lindsey, a joke can backfire, can't it? I hope things get better for you. My story is that I was bullied really badly - I got so scared that I'd make up excuses not to go to school, pretend to be ill. I never knew why the bullies picked on me; maybe because I was small or maybe because I never talked? I don't speak much because I'm shy… I'm scared to. I can speak to people if I've known them for ages, but otherwise I just don't speak. It's called elective mutism. If I had to go to school, I'd sometimes just go to the girls loos and sit there and cry.

Biba says:
I was pretty much the same, Kate. From the age of seven to fourteen, I was bullied really badly - when I was eight, my teacher actually bullied me. She picked on me for being deaf and made me afraid to speak in class, put me in a lower maths and reading group than I should have been and generally made my life a misery. I used to throw up from nerves every morning. My mum spoke to the school but nobody was willing to help me. I had one close friend, but that was another source of bullying as people labelled us gay. By twelve, things were going downhill and I often feigned illness because I couldn't face another day of bullying. At thirteen, I had a breakdown and took some days off school… when I returned, the main bully was super-nice to me. She was terrified she'd bullied me so badly that i was going to kill myself or something. I was referred to CAMHS (Child & Adolescent Mental Heath Services) and began going to counselling - that did help, but I also learned to deflect comments with wit, sarcasm and clever observations. 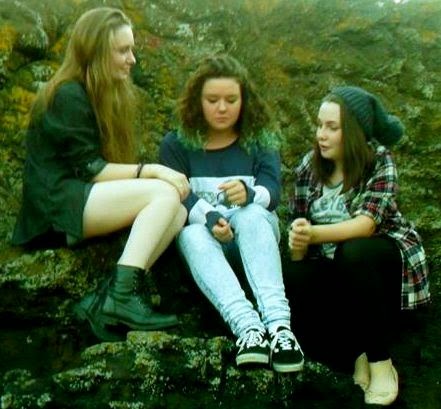 Kate says:
I still go to CAMHS counselling, Biba. I don't think my bullies would have cared if I had tried to kill myself… I never spoke, so they probably didn't know how scared I was. I'm at college now and things are better - nobody really bothers with bullying here. We're probably a bit too old for name calling.

Biba says:
I'm at college too, and I'm not bullied any more either… I get stared at quite a lot, but I can live with that. I guess I'm just too gorgeous not to be stared at! You may think your bullies didn't care, Kate, but they would have been in pieces if you'd harmed yourself. They will have been aware that they were being cruel, but nobody ever thinks they'll be the one to push someone that far. It does happen, though, and it's horrific when it does. And not just the bullies, either - everyone you knew would have been devastated.

Kate says:
Thanks for saying that, Biba. I think things are settling… I just blend into the background and nobody seems to notice me at college, but I kind of like that, to be honest. It works for me, and I do have a good friend. I wish I'd know back then that things would get better.

All names have been changed to protect identities of the posters. Pics posed by models.
Photos by Laurel S. Models: Heather, Katie, Roisin and Laurel.

Have you been struggling with problems of bullying or anxiety? Tell your parents and confide in a guidance tutor, school counsellor or any trusted teacher. You can find help and support outside of school, too… try these support groups:
BeatBullying: www.beatbullying.org
ChildLine: 0800 1111
Young Minds: www.youngminds.org.uk

Cathy says:
These true stories show that school isn't all plain sailing… but also that there IS hope, if you speak out and ask for help and support. It may not be an instant answer, but as Kate says, things often do get better, and meanwhile there are lots of places which can help. Have YOU ever dreaded school? COMMENT BELOW to share YOUR experience or show your support for the girls in our discussion...