Another in our fab series all about growing up in a different decade… we talk to Bev, who was a teen in the 70s/80s. 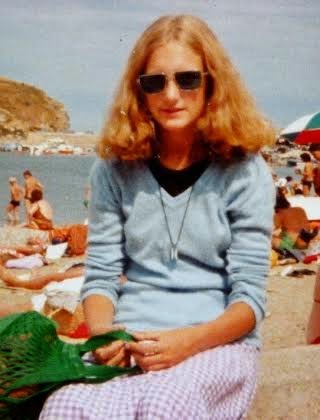 Bev says:
My thirteenth birthday was in 1978. I'd like to say that my main priorities in life back then were school work, my future and my family, but I'd be bending the truth somewhat. In actuality, my life was pretty much taken up with music, mates and boys! I had three close friends and we went everywhere together, travelling by bus or train as only one set of parents had a car. If you made arrangements to meet someone after school you had no way of letting them know if you couldn't make it - no mobile phones - so you had to make sure you turned up! We loved the cinema and there were two films I saw multiple times, Grease and Saturday Night Fever. We were all in love with John Travolta! If we didn't have money for the 'flicks' we'd hang out at each others' houses playing records and chatting. At home, I spent lots of time being a typical moody teenager in my room, only venturing downstairs if there was something I wanted to watch on TV. We certainly didn't have TVs in our rooms! 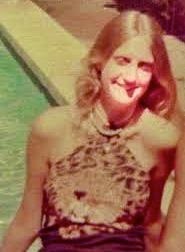 I did a lot of reading, always have, and my genre of choice was horror - I loved Stephen King and James Herbert. Later I went through a serious phase and read Herman Hesse and DH Lawrence, but still had a weakness for books that scared me silly. I was reading Stephen King's The Shining one night when we had a power cut and all the lights went out, plunging me into darkness; I sat glued to the armchair, petrified, until Mum came home from work! Music wise I loved Abba and then moved on to rock - I went to see Kiss at Wembley Arena, one of the last gigs they did in full face make-up.

At sixteen I started my A levels but decided I wanted to go out into the big wide world… Dad said I could only leave school if I got a job first and two days later I landed an office job at London Bridge. That was it for school. With my first wage packet I bought myself a red leather biker jacket from Carnaby Street - I loved that jacket and still have it now. I didn't have a boyfriend until I was fifteen - I went to an all-girls school and fraternising with the boys from the neighbouring school was strictly forbidden. Still, there was an awful lot of giggling whenever we had visiting sixth formers around!

Cathy says:
Awesome! These days, Bev is a Literacy and Technology Consultant, so that love of reading certainly stood her in good stead! Would YOU have liked growing up in the 70s/80s? COMMENT BELOW to tell us why - or why not!
at April 10, 2015