Did your school dress up for World Book Day? We talk to readers who took their inspiration from CC characters for their cool costumes… 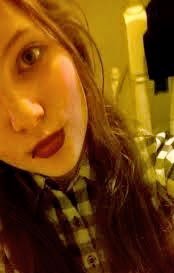 Ebony says:
I dressed as Scarlett for World Book Day… from the CC book SCARLETT, obviously! Scarlett is one of my favourite books and I thought it would be fun. Scarlett has red hair and O have red dip-dye on the bottom half of my hair, so this made it easier to dress as her! I like Scarlett because she is a bit of a rebel and learns at the end of the book that not everything can be as you want it to be. My mum helped me put the costume together and I bought a new top specially for it. My day was fun, but lots of people were asking who I was, mainly because I had a fake lip piercing instead of Scarlett's tongue piercing… I wasn't going to go that far! Overall, it was great to spend a day dressed as Scarlett! 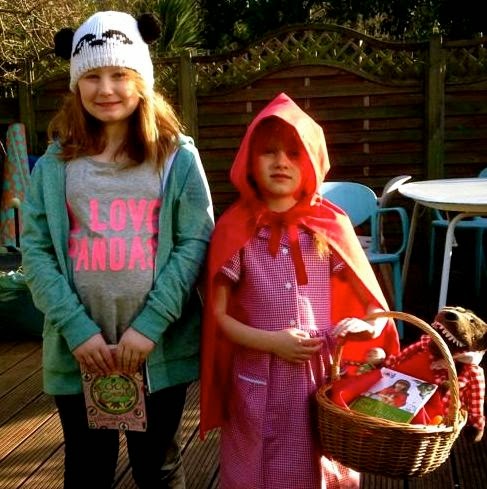 Edie says:
I dressed up as Coco Tanberry for World Book Day. I chose Coco because when we were told about the non-uniform day I was reading Coco Caramel… it just seemed like a good character to pick! My favourite part of the book is where Lawrie says he will never forget Coco… awww! For my costume, I bought a t-shirt that says 'I love pandas' and a hat. For everything else, I used things I already had. I had a great time! 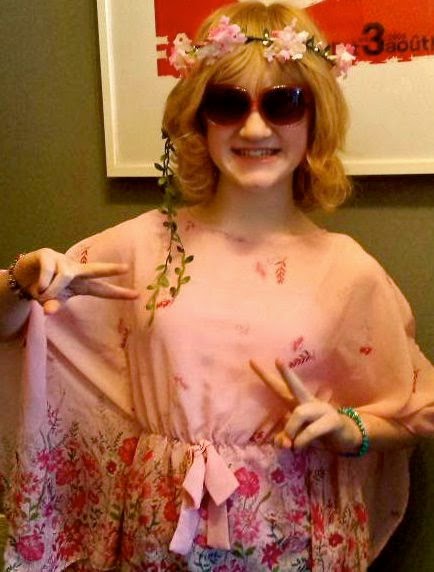 Carly says:
For World Book Day I chose to dress up as the character Storm, Dizzy's mum from the book Dizzy. I picked Storm because she's a hippie and I think hippies are cool and love the way Storm is described in the book… she's really popular and everyone loves her (except when she is angry!) I chose the clothes I was wearing as I could imagine Storm dancing with the floaty top on and the flowers in the hair just seemed to fit too. It was fun to be a hippie for the day and all my friends loved it! So far the only CC book I've read is Dizzy but I have most of them as my sister has read them!


Cathy says:
Love these costumes… did YOU dress as a CC character for World Book Day? Which character would you dress as if you had the chance? COMMENT BELOW to have your say!
at April 14, 2015