LISA: I WAS BULLIED WHEN I WAS THIRTEEN... 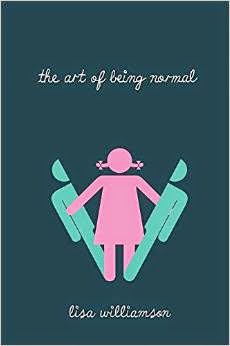 Lisa says:
Hands up if you've ever been bullied. For the record, mine is waving madly in the air right now and I have a sneaking suspicion yours might be too. I think we've all been the victim at some point, or the bully, or even both.

Being bullied is horrible. It's lonely, confusing, exhausting. If I were King of the World, my first decree would be to eradicate bullying entirely. I was bullied when I was thirteen; my bully was a friend who turned against me, branding me a 'baby'. Embarrassed at being seen as the 'victim', I didn't tell anyone… instead I pretended to be ill day after day, so I didn't have to go to school. My bully's campaign gathered momentum, attracting other girls who joined in with the taunts; then someone alerted a teacher and within days it was all over. It took me years to realise that if I'd spoken up earlier, it's likely the bullying would never have escalated to the level it did.

Having blocked things out at the time, my memories are very hazy, but what I do remember definitely influenced certain scenes in my new book, THE ART OF BEING NORMAL. The characters David and Leo both suffer at the hands of bullies. Although I didn't experience anything like the level of pain and humiliation they go through, that sensation of being singled out as a target is universal, one that all of us can relate to. There will always be bullies, but there's never a good reason to suffer in silence. If you're being bullied, speak up and ask for help no matter how scary it may seem.

When I'm sad or upset, the first thing I do is open a book. Sometimes we read to escape to a different world for a bit; other times we read to make sense of what's going on in our lives right now. The first book I ever read that made me think about how bullying works was Blubber by Judy Blume. It's told from the viewpoint of eleven-year-old Jill who joins her classmates in bullying an overweight girl they nickname 'Blubber'. As Jill's allegiances shift, she suddenly finds herself in the role of victim. It's a brilliant book, dark and real, and perfectly captures the loneliness and confusion of being bullied.

Here are a few more favourites that tackle the subject of bullying sensitively and truthfully, reminding us we are never alone:
Seven Days by Eve Ainsworth
A Monster Calls by Patrick Ness
Wonder by RJ Palacio
Feather Boy by Nicky Singer
Bad Girls by Jacqueline Wilson

Cathy says:
Older teens should check out Lisa Williamson's debut YA novel, The Art of Being Normal… it's a compelling, thought-provoking read. Which books about bullying have stayed with YOU? COMMENT  BELOW to have your say...
at April 07, 2015