Another in our fun series about growing up in a different decade… we talk to Tamsyn, who was a teenager in the 1980s… Tamsyn says:
The eighties were such an iconic decade for fashion: Princess Diana style wedding dresses, puffball skirts, pixie boots, shoulder pads the size of houses. Dallas was on the TV, Madonna was in the charts and David Hasselhoff (yes, The Hoff) was fanciable. To quote Charles Dickens,  it was the best of times and the worst of times, although I don't think he meant RaRa skirts and men with big hair when he wrote that. Anyway, you might think growing up in such an era of glamour and sophistication would be amazing, but alas, I was The Girl That Fashion Forgot. I grew up in a small backwater of NW England called Barrow in Furness, made famous(ish) by it's shipyard. We had two clothes shops - one called Jesters, which sold what I can only describe as market-stall chic and another (whose name I can't remember) which sold Pepe jeans and jumpers with sad-faced clowns on. And that was it. 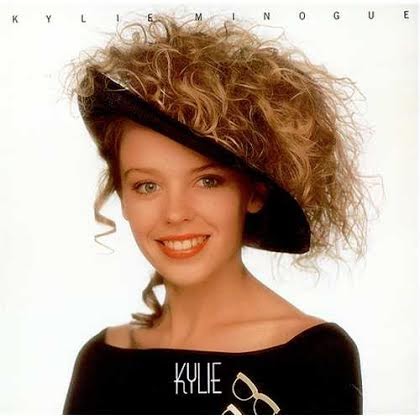 So, I wasn't stylish. Look at the jumper in the picture if you don't believe me… I seem to be accessorising with a koala. I remember going to the Year 8/9 party thinking I looked amazing in my candy-striped baggy trousers and white sweatshirt with a cartoon on it. I did not. It wasn't until I got my first Saturday job that I started to dress reasonably well, because by then the 20th century had finally arrived in Barrow in the shape of Etam and Topshop. There were still disasters, of course… let's not talk about the dungarees or the floral bermuda shorts or my misguided attempt to copy Kylie Minogue's crazy curls on the cover of her first album. Kylie pulled it off… I didn't. Imagine going into school with hair that looked like a poodle caught in a wind machine?

I reckon it took another fifteen years to work out what actually suited me, and I have growing up in the 80s to thank for that. Now, where did I put those rollerboots?

Cathy says:
Brilliant! Tamsyn is actually one of the most stylish gals I know these days, and is also an awesome writer… check out her book 'Completely Cassidy: Accidental Genius' and her website here… http://www.tamsynmurray.co.uk/older-readers/books.html . Do you think YOU would have liked being a teen in the 1980s? COMMENT BELOW to tell us why… or why not!
at April 23, 2015