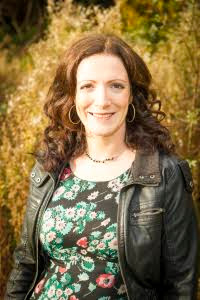 I wasn't getting very far with the student I was talking to. Incidents had occurred at school and on social media that she had either incited or been a part of, but she wasn't willing to talk. Another student, vulnerable and isolated, was being targeted and getting increasingly distressed.

'It's just banter,' she repeated, daring me to challenge her. I tried. I talked of the damage bullying can cause and the fact that banter was not the same as ongoing verbal assaults. She stared back at me, bored. She saw her target as weak and pathetic for not fighting back. Our meetings ended badly, usually with sanctions being put in place that I knew would have no impact on her behaviour.

But one day, something changed. She talked about other stuff, things that mattered to her. She lived with a mum who was ill and struggling to pay the bills, she worried that her mum would collapse because she was existing on a pot noodle a day. My student broke down in tears and admitted she had started shoplifting so she could sell make-up and bring some money home. She was exhausted, worried, stressed. Lashing out at someone else had been her way of coping, of gaining some control back. She could see it was wrong, but somehow she'd become blinded. Bullying had made her feel strong and powerful again. After a long talk, she began to see this was a false and damaging belief. The bullying stopped, and a year later this girl had become a peer mentor, helping other pupils who were feeling overwhelmed.

The truth is, teenagers have never been under greater pressure. Not only do they have exam and school pressures, many have other demands, such as being young carers, dealing with stressful home conditions or struggling with low body confidence and self-esteem. There are so many stresses socially - if you set one foot wrong, say one word out of line, it will be posted on the internet for the world to jeer at. Many teens shy away from being the person they really want to be, for fear of ridicule or abuse. Some cope and some do not - that's the stark reality. 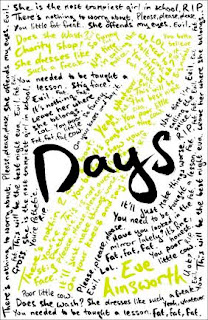 There are no clear-cut answers. Bullies don't bully because they are nasty, unfeeling humans, just as their targets are not pathetic, soft-centred cowards. We still need to break down the stigma that this word carries and address openly why someone would chose to target another. Perhaps worse are the onlookers, those who stand by as incidents escalate, and do nothing. Just as you would turn off a TV programme that disgusted you, you need to be able to walk away and report a situation that is causing harm.

I wrote the book 7 Days because I wanted to show the idea that there isn't just one victim in bullying. I felt compelled to explore both voices - the bully and the target, to explore their respective pressures and understand both sides of the story.

Cathy says:
Eve Ainsworth's book 7 DAYS is available now in all good bookshops and online suppliers. I've read it and it is a very thought-provoking and powerful book. Do YOU agree that the bully can be just as much a victim when it comes to bullying? COMMENT BELOW to have your say.
at August 23, 2015