Gemma says:
I fell out with my three friends at the start of the holidays. There was a sleepover and I made the mistake of pulling one friend up when she criticised a girl from our class. She does make bitchy comments sometimes and it upsets me, because in other ways she's a great friend. I have never challenged her before and it backfired badly, with all three of them turning on me, accusing me of thinking I was better than them, calling me Little Miss Perfect, saying I am boring and a snob. I thought it would blow over, but in the last two weeks it has got worse, with nasty comments online trying to set everyone from school against me. I am dreading the new term in September because it's looking like I won't have a single friend left by then. I was trying to do a good thing, but I wish I'd kept my mouth shut. 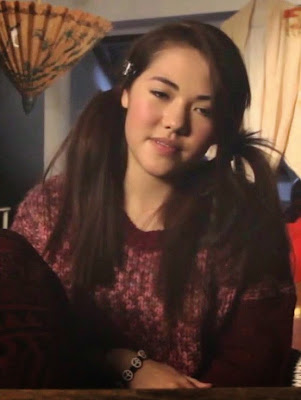 Cherry says:
Don't be sorry that you spoke out against the nastiness - it was the right thing to do. Your friend has reacted strongly to the criticism because she knows she's wrong, and the others are backing her up because they don't want to be her next target. They are not the good friends you thought they were - they're insecure and a little afraid of the mean friend's sharp tongue. It's never nice to be on the wrong side of people like this - and I know, I have been there - but in the long run you are better without the kind of friends who make themselves feel better by picking on others. See the new term as a fresh start and slowly get to know a few people you can trust and have fun with. Forget being in with the 'right' crowd and focus on people who are interesting, kind, funny, unique. This friendship split may feel like the end of the world right now, but in time you may come to see it as a lucky escape.

Cathy says:
Have you ever been through this kind of friendship trouble? Do YOU agree with Cherry's advice? Is there anything you'd add? COMMENT BELOW to have your say!
at August 07, 2015