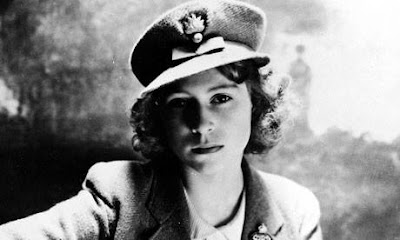 Princess Elizabeth Alexandra Mary was born on April 21st 1926, the eldest child of the Duke and Duchess of York. Her grandparents, King George V and Queen Mary, were the king and queen, but although Elizabeth was third in line to the throne after her uncle and father, it was never expected that she would ever become queen; her uncle, Edward, was expected to succeed to the throne when the time came. In 1930, Elizabeth's little sister, Princess Margaret Rose was born. The family lived in Piccadilly, London, and also at White Lodge in Richmond Park. 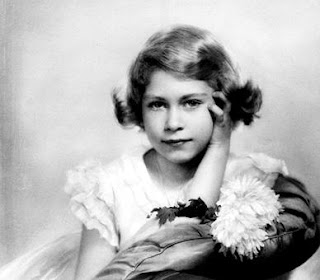 Princess Elizabeth's quiet childhood came to an abrupt end in 1936 when her grandfather King George V died. As expected, her uncle came to the throne as King Edward VIII but a few months later he gave up the throne to marry Wallis Simpson, an American divorcee; as king, Edward would never have been permitted to marry a divorced woman. This meant that suddenly, Princess Elizabeth's father was to become King George VI: in 1937 the two princesses watched the coronation of their parents take place in Westminster Abbey. Princess Elizabeth was now herself next in line to the throne.

The princesses were educated at home, with a series of French and Belgian governesses and religious studies lessons from the Archbishop of Canterbury. Princess Elizabeth also studied art and music and learned to swim and to ride. At eleven, she joined the Girl Guides and later the Sea Rangers. In 1939, life changed again when Britain declared war on Germany; Britain had entered World War II. During the London Blitz, it was suggested that the sisters should go to Canada, but this plan was not to be; the family did not want to be so far apart, and so the princesses were moved to the safety of Windsor Castle for the rest of the war while the king and queen stayed at Buckingham palace to keep public morale high. 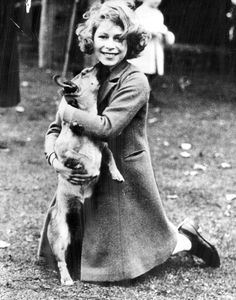 In 1945, Princess Elizabeth joined the Women's Auxiliary Territorial Service. At the end of the war, the two teenage princesses went out by themselves to join in the celebrations anonymously. Elizabeth later said: 'We asked my parents if we could go out and see for ourselves. I remember we were terrified of being recognised… I remember lines of unknown people linking arms and walking down Whitehall, all of us just swept along on a tide of happiness and relief.' Princess Elizabeth had had a crush on a distant cousin, Prince Philip of Greece, since the age of thirteen. She eventually married him in November 1947 and Philip was given the title Duke of Edinburgh. In 1952, King George VI died and Elizabeth, then aged 25, was crowned Queen Elizabeth II. She has now become the longest reigning monarch the UK has ever known.

Cathy says:
Wow… I am not a royalist, but there are lots of things there I didn't know about Princess Elizabeth… what a fascinating life! What do YOU think of the story of her princess years? COMMENT BELOW to have your say!
at September 09, 2015