INSPIRING QUOTES… AS CHOSEN BY YOU!

Readers pick out their favourite inspirational quotes to share… is YOUR favourite here?

'When I was five years old, my mother always told me that happiness was the key to life. When I went to school, they asked me what I wanted to be when I grew up. I wrote down 'happy'. They told me I didn't understand the question, and I told them they didn't understand life.'
John Lennon

Charlie says:
'When people hurt you over and over, think of them like sandpaper. They may scratch and hurt you a bit but in the end you end up polished and they end up useless.'
Andy Biersack

Fay says:
'Nothing is impossible. The word itself says "I'm possible"'
Audrey Hepburn

Morgan says:
'That's the real problem with the world; too many people grow up…'
Walt Disney

Michaela says:
'Creativity is a gift… it doesn't come through if the air is cluttered.'
John Lennon

Kristina says:
'Fake it till you make it!'
Carrie Hope Fletcher 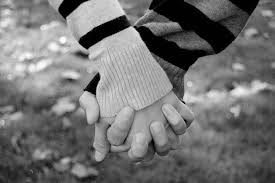 'We know what we are, but know not what we may be…'
William Shakespeare

Jasmine says:
'Embrace your differences and the qualities about you that you think are weird. Eventually, they're going to be the only things separating you from everyone else.'
Sebastian Stan

Vicky says:
'Even though we're all outcasts in our own way, we all do belong in this world and we all fit in.'
Gerard Way

Cathy says:
Lots of inspiration there… do YOU have a fave inspirational quote? COMMENT BELOW to share it!
at September 02, 2015