GEMMA: MY FRIENDS HAVE DITCHED ME...

It's problem page time again on DREAMCATCHER… and reader Gemma has a dilemma for Cherry to solve. Will you agree with the verdict?

Gemma says:
I have just started secondary school. My best friend moved away last year and I was hoping to make new friends at secondary, but I'm shy and it hasn't happened. I know people must think I'm stuck up or snobby. The girls from my class at primary have ditched me and don't even bother to try to include me in what they're doing. I am starting to feel really out of it. I don't want to get stuck with the losers and the loners. What should I do? 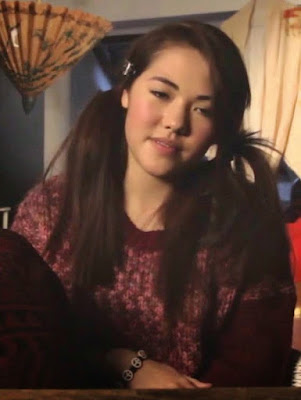 Cherry says:
I'm shy too, so I know how hard it can be to break the ice. It's impossible to do when you're all hung up on how anxious you're feeling or what others will think of you… so let go of those thoughts right now. Instead, think about the people you are talking to - be genuinely interested, open, willing to listen. Slowly, you will make friends. You assume others will think you're 'stuck-up' or 'snobby' - well, smile, be friendly to everyone and dare to make the first move when meeting new people and they won't have the chance to think that. Equally, don't judge people so harshly yourself - how do you know the people you've labelled as 'losers' and 'loners' aren't just shy, like you? Give everyone a chance… you might just be dismissing the people who could be the best friends you've ever had. Cathy's book LETTERS TO CATHY has some really useful chapters on building self confidence, so that will help too. It's worth joining a few school clubs, too… see what's on offer and get involved! You'll soon feel part of a team or group and make new friends in the process. Good luck!

Cathy says:
Good advice from Cherry - what would YOU add? COMMENT BELOW to have your say!
at September 15, 2015