WHAT READERS THINK ABOUT THE REFUGEE CRISIS...

Readers share their feelings on the refugee crisis and families fleeing from war-torn Syria; it makes for powerful and heartfelt reading…

Emily says:
Every time I see something like this I think about when me and my friends are moaning about bot having enough money to go into town and buy the latest clothes and make up when there are some people who don't even have a safe home any longer. In places like the UK we should all be more thankful that we can go to school and not have to live our lives in fear. It is so unfair that where you are born affects your whole future so strongly, because that is something none of us can control. 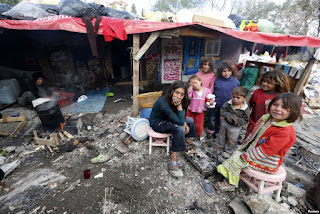 Abigail says:
It is really heartbreaking seeing pictures of dead children on beaches. I wish I could do something to help, but I am too young and I have no money. If I could, I would do all I could. Currently I am living with my granddad and I hate it when he yells at the TV that the refugees should go back to their own countries. It is even worse when you see 'friends' share pictures that tell the refugees to stay away and try to claim that all they want is money. I watched a documentary about Calais and it was heart wrenching. The police brutality there is extreme. I read somewhere that many millions of people have fled countries affected by war and ISIS terrorism, but that only a tiny fraction have arrived at Calais.

Hannah says:
It makes my blood boil to hear people saying 'refugees are not our problem because we need to look after our own.' They are humans too, they ARE our own! Just imagine the bad fortune to be born in a country that finds itself torn apart by war. That's all it boils down to, luck of birth. If the shoe were on the other foot, we'd be screaming for people to do something. These people's lives are in danger and our nation shames itself by its response. 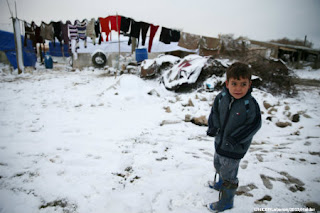 Hope says:
I feel very upset when I see people - even friends sometimes - saying that refugees are not wanted in Britain. I feel this because my parents are immigrants also, and when people say bad things about the migrants it hurts. I know we are not English, but Britain is our home and we love it. I would not let the refugees from Syria drown trying to find a safe place to live. They are living in tents with no food and no supplies except what others can spare for them. And soon the bad weather will come. What then? I think we could make them welcome, all across Europe, show them that we care. When I see some things people write and say and what the newspapers print, it makes me ashamed and also frightened. We are all people, aren't we?

Photos with thanks to UNHCR & UNICEF.
Those who wish can donate via Save The Children, Red Cross or CalAid. To donate blankets, toiletries, food etc, check to see if your area has a collection point for refugee relief.

Cathy says:
I know my readers are pretty awesome but these comments make me so very proud of the young people of Britain and France. You have the biggest hearts ever. Hope says it all when she says 'we're all people, aren't we?' Put yourself in the shoes of those families fleeing from extreme danger and you can't help but feel sympathy. COMMENT BELOW if you want to add to Sarah, Emily, Abigail, Hannah and Hope's messages of support...