Agatha Christie is one of the world's best-loved crime writers. Her books include the famous Murder on the Orient Express, and she created memorable detective characters like Poirot and Miss Marple… but what do we really know about her life? 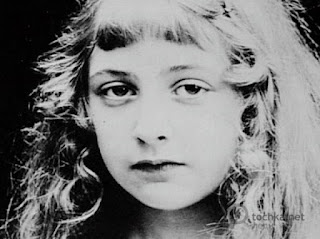 She was born Agatha Miller, into a wealthy, upper-middle class family in Torquay, Devon in 1890. She had two older siblings, but they were often away at school and so Agatha spent much of her childhood alone - reading avidly and playing with her pets. In her autobiography, Agatha describes how having time alone helped to develop her imagination and creativity. When she was eleven, her father died, and a few years later Agatha was sent to finish her education in Paris. She began writing short stories soon afterwards, and met and married her first husband, an army officer called Archie Christie. When Word War One broke out, Agatha joined the war effort as a voluntary VAD nurse. 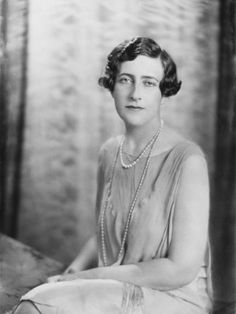 Agatha's first detective novel, The Mysterious Affair at Styles, featuring the now famous detective Hercule Poirot, was published in 1919; the same year, Agatha gave birth to her first and only child, a daughter, Rosalind. More novels followed, and for a time the family led a happy, privileged life. Tragedy struck when Archie fell in love with someone else and asked his wife for a divorce. Soon after hearing this news, Agatha went missing; her car was found parked above a chalk quarry along with an expired driving licence and some clothes. There was a public outcry and her disappearance even made the front page of the New York Times. Ten days later, after a massive nationwide manhunt, Agatha was found in a Yorkshire hotel, registered under a false name and claiming no memory of what had gone on before… it could almost have been a scene from one of her own novels. Later, when writing her autobiography, Agatha made no reference at all to her disappearance… and the mystery seems destined never to be solved. 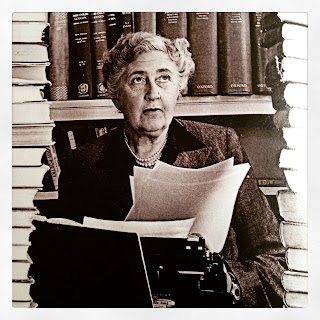 In 1930, Agatha married again, this time to an archeologist, Max; the marriage was happy and lasted until her death in 1976. She continued to write bestselling novels, often setting stories in places she had visited with her husband Max, such as Istanbul, Luxor, Mesopotamia and Jerusalem as well as  various UK locations. During World War Two, she worked in the pharmacy at University College Hospital in London, and learned about some of the poisons she was later to include in her stories. Agatha Christie wrote 66 mystery novels and 14 collections of short stories, as well as six romances under a pen name and some non-fiction. Countless films and plays have been made of her work, and she remains one the best-loved authors the UK has ever produced.

Cathy says:
I was fascinated by Agatha Christie's autobiography when I was a teenager - I wanted to know every detail of her life, because she was a real writer! Are YOU a crime or mystery fan? Or is there a particular author you would like to see profiled on DREAMCATCHER? COMMENT BELOW to have your say...
at September 01, 2015