THE GHOST OF CHRISTMAS PAST...

What was Christmas like back when your great gran was a child? We look back at what Christmas was like during the difficult years of World War Two… 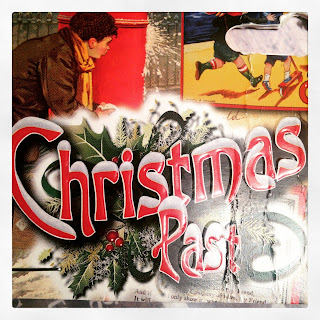 By Christmas 1940, many thousands of ordinary people had been killed in the bombings of London, Liverpool, Manchester, Coventry and other major cities. Britain was in crisis, and many people had lost their homes in the air raids. Many more had lost family members, either on the home front or in the fighting itself. In 1940, there was an unofficial pause in bombing on both sides, from Christmas Eve until the day after Boxing Day. Bombings were still felt to be a danger, however, as nobody knew whether the temporary truce would last, and many families chose to spend Christmas in their air raid shelters for safety. 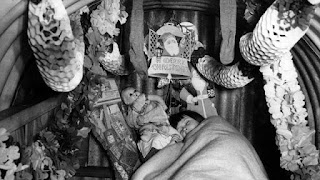 Not all families were able to be together at Christmas, of course. Many men of 'fighting age' were away at war, and children from many big cities had been evacuated to the countryside for safety. These children had to celebrate Christmas with their new host families, which must have been very strange and perhaps stressful, especially when they didn't always know if their parents were safe. Within Britain, travel was not encouraged over the Christmas period, both to save fuel and also to keep the roads and railways free for the movement of war goods, weapons and troops. 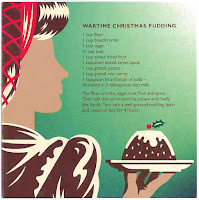 Christmas dinner would have been tricky too, with most food very strictly rationed and only tiny amounts of meat available per person. Even combined, a week's worth of meat ration for a family of four would not have been enough to buy even a small chicken, for example. Some families reared their own rabbits or chickens to get around this. Sugar and tea rations were increased just before Christmas, but fruit and nuts were in very short supply and Christmas cake and pudding recipes were often very inventive and peculiar as they tried to compensate for the missing ingredients. 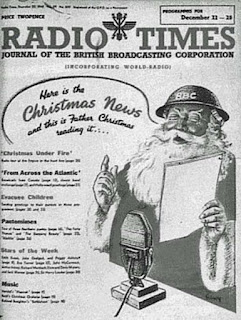 Radio broadcasts would have been the main entertainment, and the King's Speech would have been a highlight of the day. Variety shows and a cookery programme were also popular, and board games, charades and parlour games would have been part of the day's fun. Church services took place as normal, although no church bells were rung throughout the war, as the ringing of church bells was to be a signal of invasion. A radio broadcast was made from the ruins of the recently bombed Coventry Cathedral. Giving presents was discouraged throughout the war as people were putting as much as they could into the war effort and gift goods were scarce. Instead, people gave second hand or homemade gifts - the 'make do and mend' ethos was second nature at this time.

Cathy says:
Wow… would YOU have coped with celebrating Christmas during World War Two? COMMENT BELOW to have your say!
at December 11, 2015