HOPE: A SONG FOR HONEY!

Reader Hope has put together a cool playlist for Honey Tanberry… would they make a cool soundtrack to her life? 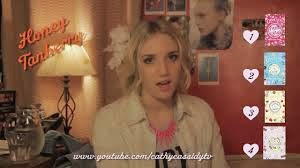 Hope says:
One song that springs to mind when I think of Honey is Blank Space by Taylor Swift… because, obviously, Honey has gone through a very long list of exes. It basically sums up everything Honey gets up to when she's out with her unsuitable boyfriends!

Next on the 'Honey agenda' is Sk8er Boi by Avril Lavigne. This song really fits with Honey for me and one line stands out: 'She had  pretty face but her head was up in space, she needs to come back down to earth!' I think this illustrates the fact that Honey may be pretty on the outside, but that she fills her head up with dreams that can never come true… like her dad coming home. It also echoes the way Honey acts towards others, like they are not good enough for her. The song can be seen to be as about Cherry and Shay too… especially the line 'I see the soul that is inside,' as I get the feeling that Honey only cared about the fact that Shay was popular and good looking, whereas Cherry could see beyond that.

My next choice is Since You've Been Gone by Kelly Clarkson. To me, it shows the way Honey puts up a wall when Shay becomes Cherry's boyfriend, acting like she doesn't care and pretending that things have been better since he left in order to hide the hurt inside. 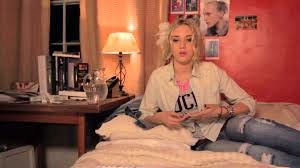 Of course, Honey goes to live in Australia with her dad, and for this stage of her story I have chosen I Feel Good, an old song by Nina Simone. The phrase 'It's a new dawn, it's a new day, it's a new life for me…' reflects Honey's chance to start again in Australia, making friends that will be loyal and hopefully won't go out every night causing trouble!

Finally, I've chosen Bulletproof by La Roux; there's not much to say about this song except that the lyrics are very boisterous, loud and in-your-face, just like Honey herself! Some of the lyrics are about moving on to things new, but others are about not getting in someone's way (or having to face the consequences!) Which is exactly what Honey is trying to say to her family throughout the series…

Cathy says:
Great choices! Do YOU agree? Are there any extra tracks you would add to a playlist for Honey Tanberry? COMMENT BELOW to have your say!
at March 25, 2015