Another in our series about extraordinary women from history; we find out about Jane Grey, the fifteen-year-old who was queen for nine days in 1553… 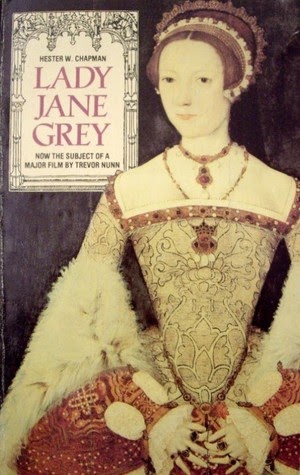 Jane Grey was an English noblewoman and the great granddaughter of King Henry VII; she was very intelligent and well educated and spoke French, Greek, Latin and Italian fluently. From the age of ten she had lived as part of the household of King Henry VIII's his last queen, Katherine Parr. When she was thirteen, Jane began to appear at court - Henry's son Edward VI was king at this point, but he was just a teenager too, and in poor health. The power lay in the hands of the ambitious Duke of Northumberland, who was the young king's regent. As it became apparent that the young king was dying, Northumberland began to formulate a plot to hang onto his power… a plot which involved the young Jane Grey.

In an era where young women had very little say over their futures, Jane was married off to Guildford Dudley, Northumberland's son. Jane had a claim on the throne of England, and Northumberland pressured the dying king to name her as his successor, in an attempt to stop the Edward's half-sisters Mary and Elizabeth from taking the throne. In short, Northumberland hoped to rule England through his new daughter-in-law; Jane's own father, Suffolk, was only too happy to go along with the plan. 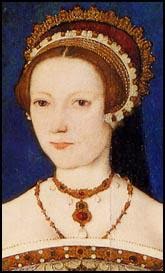 When Edward VI died on July 6th 1553, Jane Grey succeeded to the throne; history tells us she was persuaded against her will by a powerful group of noblemen and overseas envoys. When this was publicly proclaimed, however, the country rose to rally around the old king's half-sister, Mary Tudor, daughter of Henry VIII. To the people of England, the name of Tudor stood for stability, and the idea of placing a 'puppet queen', an unknown teenager, on the throne was not something they would support. Seeing that public support was against them, first the Duke of Northumberland and then Jane's own father abandoned her to support Mary. On July 19th 1553, Mary was proclaimed queen and Jane Grey was imprisoned in the Tower of London. 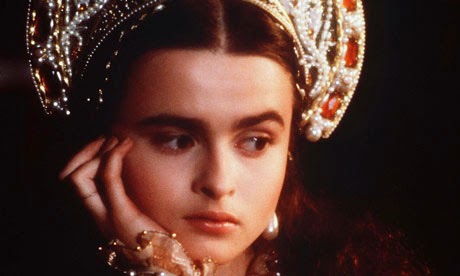 Queen Mary is thought to have wished to spare the life of Jane Grey, but Jane, a protestant, would not convert to catholicism. To make matters worse, her father joined a failed rebellion against Queen Mary which sealed Jane's fate. Jane Grey and her husband were found guilty of treason and executed on February 12th 1554, and Jane went down in history as the 'nine day queen.' While Jane was almost certainly a pawn in a power-game between her father and the Duke of Northumberland, a compelling film, 'Lady Jane', starring Helena Bonham Carter (pictured right), brings her story to life and paints a picture of a romantic, daring and hopeful bid by two teenagers to change the way England was ruled.

Cathy says:
Jane Grey's story has always captivated me; a teenage girl with a distant claim to the throne was used shamelessly by her father and the power-hungry noblemen and ultimately sacrificed. She paid the price of their greed with her life, but if it had been different… if she had succeeded… what then? Did YOU know the story of Jane Grey? COMMENT BELOW to have your say, or to tell us which female characters from history you would like to see featured on DREAMCATCHER!
at March 28, 2015