SANDIE: I PACKED A BAG AND LEFT...

For reader Sandie, home life was so unbearable she couldn't take it any longer… 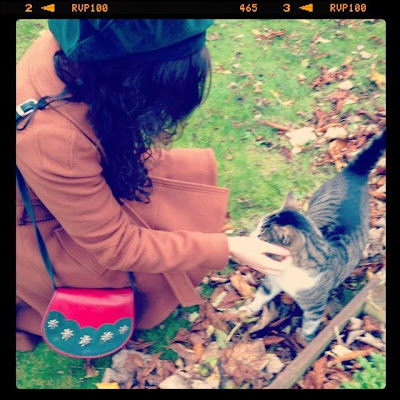 Sandie says:
We were a happy family, once. I am an only child and my parents both worked; we had a good life, until Dad lost his job and couldn't find another. His mood got darker and darker until Mum and I were walking on eggshells around him. Sometimes he'd flare up for no reason and accuse us of hating him, making him feel useless. Mum said he was worried about money and it wasn't personal, but it felt personal. Mum had to work longer hours and when she wasn't around I'd hide in my room because I was scared; I felt I didn't know Dad anymore. When Mum wasn't around, he would say terrible things to me… that it was my fault he'd lost his job, my fault he'd had to marry mum, my fault he was stuck in this no hope town. He called me terrible names, things that frightened me, but I didn't tell Mum - I was trying to protect him.

One evening I thought he'd gone out and the kitchen was a mess, so I started tidying for when Mum got in. I was in the middle of it when Dad came in, and he went mad. He told me I was trying to make him look bad. He started smashing plates and throwing things around and when I tried to get past him he grabbed me by the hair and hit me. I was so shocked I just stared at him, my cheek numb from the slap. It felt like every bit of me was numb. I could not believe what had happened. I went to my room and pushed a chair against the door in case he tried to come in. That night I told Mum what had happened. My face was visibly bruised, but she told me not to make a big thing of it, that Dad was stressed and this was a bad patch we had to get through.

I felt betrayed. I knew I couldn't stay there… I was too scared. I packed a bag and left the next day. Our cat tried to follow me along the street, and that was the worst… I felt like a traitor leaving her, but I had no choice. I went to my auntie's house and stayed there. Mum knew where I was. She came to see me, but she didn't ask me to come home. I felt like the bottom had fallen out of my life. On the fourth day my auntie told me that the doctor was worried about Dad's mental health. In the end, he had what Mum called a complete nervous breakdown and was taken into hospital. I don't visit and I haven't told my friends. I have a social worker looking out for me now. I'm back home again, but it's hard to trust Mum - she let me down when I needed her. When Dad comes out he will live in assisted housing for a while, and we are supposed to go to family therapy to try to work out how to repair our family. I am not sure we will ever do it. I love my parents, but I'm not sure I will ever trust either of them again.

All names have been changed. Picture posed by model Caitlin.

Cathy says:
This is such a heartbreaking story of a family crumbling under the strain of unemployment. Have YOU had to cope with the fallout from a parent's metal health issues? COMMENT BELOW to tell us more.
at July 12, 2015